You are here: Home / World / Venezuela Seeks to Deport 800 Colombians in Border Row 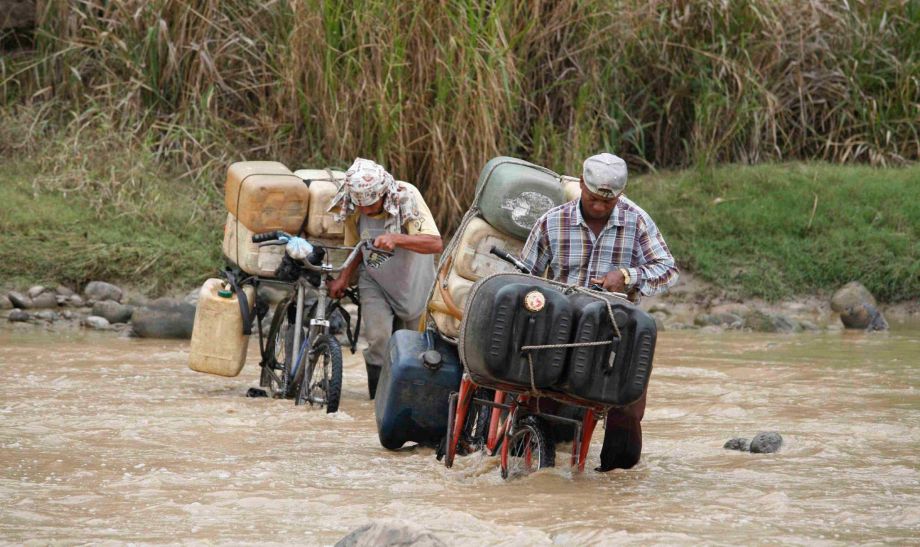 Venezuelan security forces have rounded up hundreds of Colombians for deportation as part of a security offensive along the countries’ shared border. Gov. Jose Gregorio Vielma Mora of Tachira state said Sunday that 791 Colombians living in Venezuela illegally had been handed over to Colombia’s consulate general as a result of the four-day crackdown against smugglers and criminal gangs operating along the 1,400 mile (2,200 kilometer) border.

President Nicolas Maduro last week closed a major crossing between the two countries and declared a state of emergency in several western cities after three army officers were shot and wounded by gunmen he said belonged to paramilitary gangs operating from Colombia.

While the assailants have yet to be caught, the incident triggered an angry response from Maduro, who sent 1,500 troops to patrol for Colombian smugglers and gangs he blames for contributing to rampant violence and widespread shortages in Venezuela.

Colombian Interior Minister Juan Fernando Cristo traveled to the border city of Cucuta to oversee humanitarian assistance to the deportees. He said authorities are trying to reunite 37 minors who were separated from their families during the dragnet.

Vielma Mora denied reports of abuses, which the AP was unable to verify, saying that not a single family had been broken up and all those deported were treated with respect.

Former Colombian President Alvaro Uribe, a fierce critic of Maduro, said on Twitter that he plans to travel Monday to Cucuta to express “solidarity with those mistreated by the dictator.”

A Colombian official closely following the crisis said that while the situation was tense there was little to suggest Venezuelan authorities’ treatment of the deportees violated international conventions. The official, who was not authorized to discuss the issue publicly and spoke on condition of anonymity, said most of the deportees were living without permission in Venezuela and likely involved in contraband activities.

Colombian President Juan Manuel Santos said Maduro’s dramatic action would hurt communities on both sides of the border. Foreign ministers from both countries are expected to meet Wednesday in a bid to resolve the crisis.

“Closing the border brings problems. It generates a lot of unease and forces a lot of innocent people, including children, to clean up the mess left by others,” Santos said Saturday.

Opponents of Maduro’s administration have denounced the mobilization of troops as an attempt to distract attention from a deep economic crisis. The Democratic Unity Alliance called on the international community to take note of what it considers a clear provocation likely to generate economic losses and threaten legislative elections scheduled for December.

When it comes to ransomware, you don't always get … END_OF_DOCUMENT_TOKEN_TO_BE_REPLACED

Peyton Carr is a financial advisor to founders, … END_OF_DOCUMENT_TOKEN_TO_BE_REPLACED