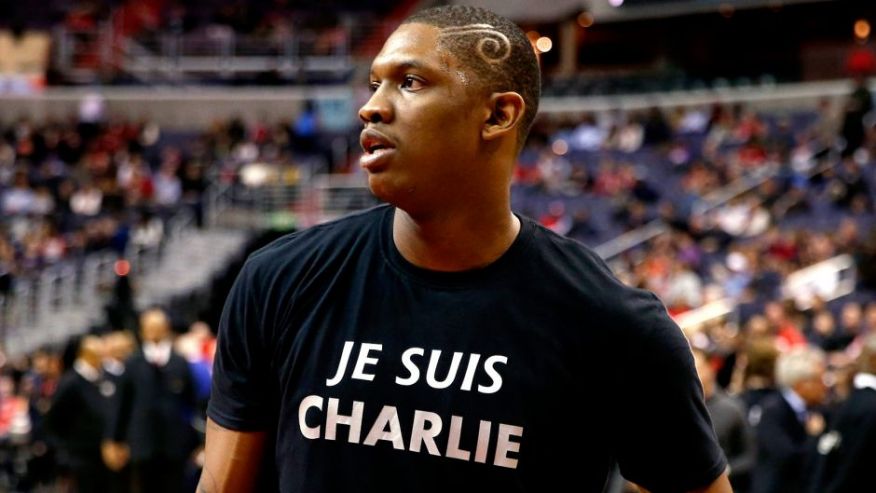 The Washington Wizards deployed an antiquated playing style last season. They were slow, big and didn’t shoot many threes. Then the postseason started and head coach Randy Wittman plugged Paul Pierce in at power forward.

The results opened more than a few eyes, and Washington responded over the summer by re-shaping its roster to better suit small-ball tactics. Part of that meant letting backup center Kevin Seraphin walk in free agency.

The Frenchman signed with the New York Knicks earlier this week. Here’s the Washington Post with what that decision means when viewed through a wider lens:

“By walking out the door, Seraphin is closing the book on the 2014 Wizards’ offseason. That period saw the Wizards’ major pickups being yes Paul Pierce (a somewhat like-for-like, but lower minute replacement for the departed Trevor Ariza) but also re-signing Seraphin while adding Kris Humphries and Dejuan Blair.

In other words, despite the increasing en vogue trend of smaller, spread pick-and-roll attacks, the players available to Wittman simply weren’t suitable. This offseason saw the total reverse. While Pierce opted out and moved on, the Wizards replaced him with a quartet of shooting wings in Alan Anderson, Gary Neal, rookie Kelly Oubre, Jr. and the stretch-four-by-design Jared Dudley.”

The Wizards will look and play like a completely different team next season, and that’s ultimately a good thing.

They’ve modernized their roster and will (hopefully, finally) embrace the three-point line with versatile lineups that can shoot.

Seraphin is officially another team’s problem.

When it comes to ransomware, you don't always get … END_OF_DOCUMENT_TOKEN_TO_BE_REPLACED

Peyton Carr is a financial advisor to founders, … END_OF_DOCUMENT_TOKEN_TO_BE_REPLACED