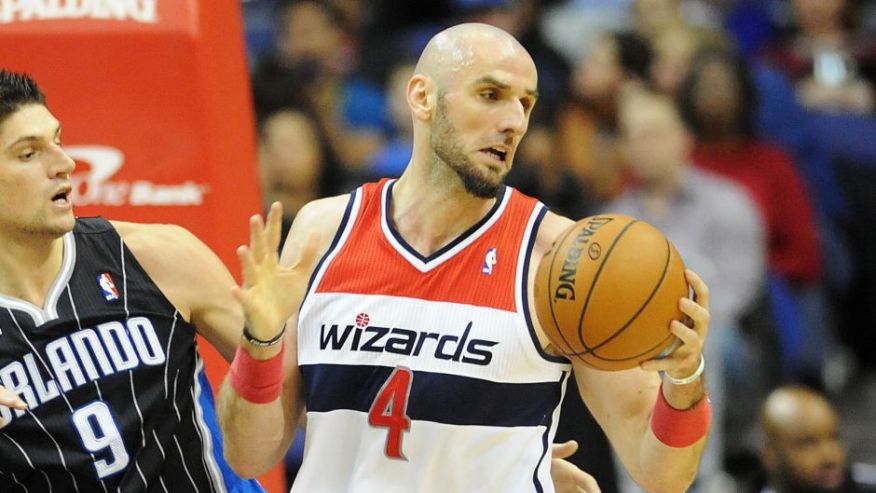 The Washington Wizards have been one of the Eastern Conference’s best teams over the past couple seasons. John Wall and Brad Beal are legitimate franchise cornerstones and the team’s recent adoption of a modern playing style makes them a sexy pick to be even better in 2016.

But the entire conference is getting better. How does Washington compare to the other top squads? Here’s a look from Bullets Forever’s Alan Jenkins:

“4. Washington Wizards. Many expect the Wizards to take a minor step back this season after Paul Pierce’s departure. It’s easy to see why. He knocked down BIG shots during the playoffs including the unforgettable bank shot against the Hawks in Game 3 of the Eastern Conference Semifinals. There’s no doubt that his performance in the playoffs was more than the front office expected when they signed him…

“The bottom line here is that John Wall has to take the next step as being the leader for this team now that Pierce is gone. We can talk all we want about Bradley Beal’s development into an All-Star caliber player, Porter’s development, etc. but as we saw in the playoffs; this team goes as John Wall goes. If Wall can stay healthy and continue to develop as a leader in addition to being a playmaker, we should expect another 44-48-win season for the Wizards.”

It’s obviously early, but placing Washington fourth seems fair. The three teams ahead of them are the Cleveland Cavaliers, Chicago Bulls and Atlanta Hawks. LeBron James means Cleveland isn’t going anywhere, but it’s within the realm of possible that Washington jumps Chicago or Atlanta.

Health should ultimately become the deciding factor, but both those teams face big questions next year. On paper, the Wizards undoubtedly improved their roster.

When it comes to ransomware, you don't always get … END_OF_DOCUMENT_TOKEN_TO_BE_REPLACED

Peyton Carr is a financial advisor to founders, … END_OF_DOCUMENT_TOKEN_TO_BE_REPLACED