You are here: Home / Science / What Makes Water Wet? 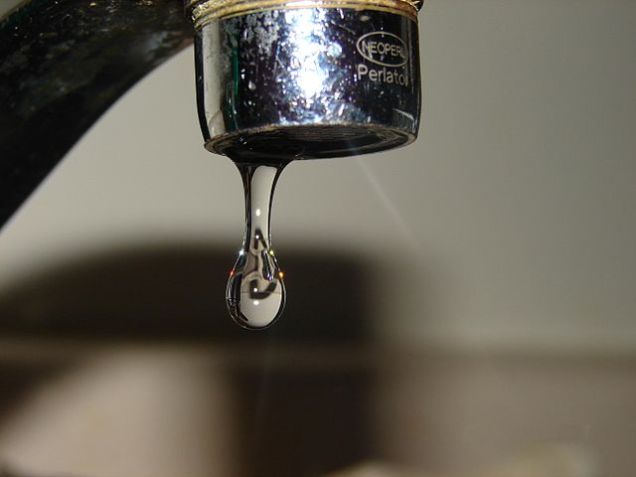 Why is water wet? It’s not just a question to boggle the minds of the kid scientists you encounter: It’s a question of chemistry. Nautilus recently posed just that question to Richard Saykally, a University of California, Berkeley chemistry professor who specializes in water, and here is how he explained what is going on…

When my daughters were very little we had an interesting revelation on that subject. I was actually giving both of my daughters a bath when they were very young and my youngest daughter said, “Daddy? Why is water wet?” And the proper answer is: strong tetrahedral hydrogen bonding, which they then related to their teachers for years afterward whenever the subject of water came, they’d say, “Strong tetrahedral hydrogen bonding!” But that’s the correct answer. That’s what makes water wet.

This right here is a standard tetrahedral bond. It looks as you’d expect, a pyramid with the bonds all at a regular 109.5° away from each other. But water is a weird case in the world of tetrahedral bonding — with its set of unpaired electrons pushing the two hydrogen molecules closer than they’d like to be to the tune of 104.5°, making the whole big pyramid slope at a angle.
So when you hear chemists talk about how water has a “bent” structure that’s what they mean. Saykally then goes on to explain how these bent and bonded water molecules clustering together makes up its larger structure:

A water cluster is an arrangement of two or more water molecules. So they adopt various structures. Two water molecules doesn’t really have much of a shape; three water molecules makes a three-membered ring; four makes a squarish-looking ring; five makes a pentagon; and when you get to six water molecules, the morphology changes from being cyclic planar to being a three-dimensional cage; and thereafter seven, eight, nine and so on look like three-dimensional cages. The water eight—the eight-fold cluster—looks like a distorted cube, and then all larger clusters build on that cubic shape. These are the most stable forms that you would then find at very close to the absolute zero of temperature.

You can watch Saykally’s whole interview — where he also explains what the deal is with the 17 different kinds of ice that can form — at Nautilus.

When it comes to ransomware, you don't always get … END_OF_DOCUMENT_TOKEN_TO_BE_REPLACED

Peyton Carr is a financial advisor to founders, … END_OF_DOCUMENT_TOKEN_TO_BE_REPLACED