You are here: Home / World / Wyoming Being Sued for Unconstitutional Law Violating First and Fourteenth Amendments 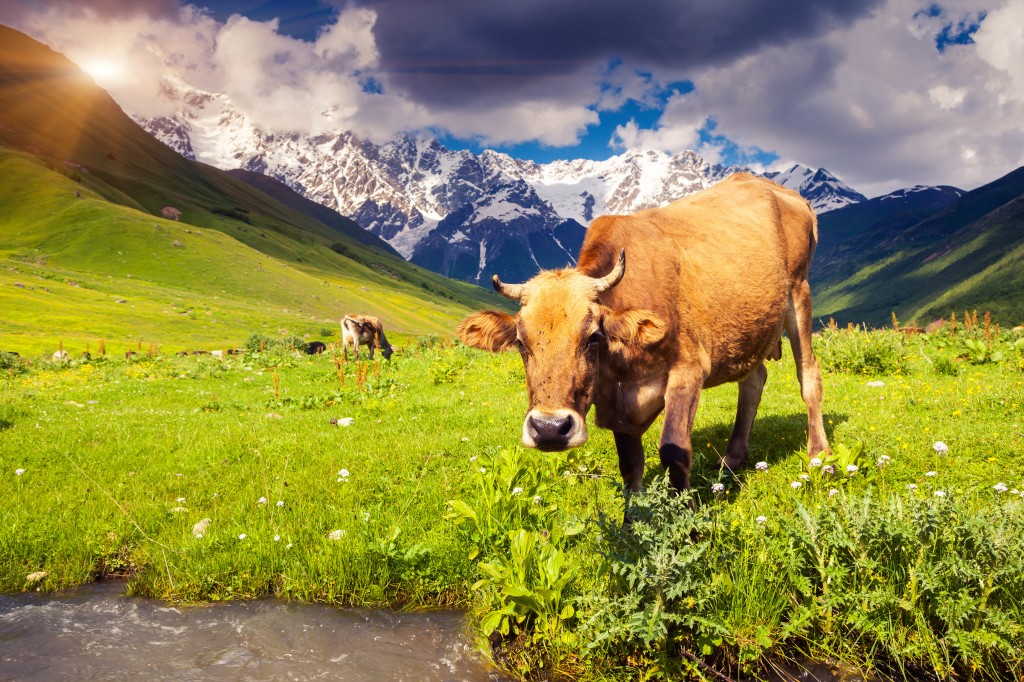 A controversial Wyoming law is under legal fire after a broad coalition of environmental, justice and animal rights groups filed a lawsuit in federal court Tuesday. The law, known as Senate File 12, or the Data Trespass Law, makes it illegal for anyone to collect data on public or private open land with the intention of sharing that data with the state or federal government.

Proponents of the law say that it strengthens Wyoming’s trespass laws and gives property owners more power to dictate what happens on their land.

Critics of the law, however, liken it to a slew of “ag-gag” laws that have passed around the country in recent years, aimed at silencing whistleblowers who expose malpractice within the agriculture industry. Wyoming’s law, they contend, makes it illegal for citizen scientists or concerned residents to expose contamination of streams by the ranching industry, which represents a considerable economic and political force in the state.

Law directly infringes on the ability of people to speak freely under the First Amendment.

“These Wyoming laws are designed to stop whistleblowers from being able to enforce the environmental laws in Wyoming,” Leslie Brueckner, a senior attorney at Public Justice, a public interest law firm that has challenged ag-gag laws in other states, told ThinkProgress. “Like the classic ag-gag statutes that we’re challenging in Idaho, this law directly infringes on the ability of whistleblowers and other advocates to speak freely under the First Amendment and also to expose wrongdoing in the agriculture industry.”

Public Justice is representing the Western Watersheds Project, a nonprofit conservation organization that collects water quality data throughout the state of Wyoming. WWP has been at odds with the ranching industry for years — through WWP’s samples, several streams throughout Wyoming have been listed as impaired under the Clean Water Act. The ranching industry has fought back, filing a lawsuit against WWP in 2014 that claimed that WWP employees were trespassing onto the ranchers’ private land in order to collect data.

In Brueckner’s estimation, it’s no coincidence that Wyoming’s Data Trespass law makes illegal the very thing ranchers and WWP have been fighting over.

Brueckner draws parallels between Wyoming’s law and a slew of ag-gag laws that have passed — and been challenged — across the country. Recently, a federal judge in Idaho ruled that the state’s ag-gag law violated the First Amendment, something Brueckner says Wyoming’s law also violates. Brueckner also argues that Wyoming’s law, like Idaho’s, violates the Fourteenth Amendment’s Equal Protection Clause, as it unfairly singles out a particular group — in this case, environmentalists hoping to shed light on water pollution throughout Wyoming.

But unlike traditional ag-gag laws, which normally narrow their scope to factory farms, Wyoming’s law is stunningly broad. Under the enacted law’s language, a person can be found guilty of trespassing to unlawfully collect resource data if they enter onto open land to collect resource data — in this case, “collect” is defined as “take a sample of material, acquire, gather, photograph or otherwise preserve information in any form from open land which is submitted or intended to be submitted to any agency of the state or federal government.”

These laws…specifically target activity that is unarguably legitimate.

Advocates of the law claim that it merely strengthens the rights of private property owners, and does not apply to public land. Indeed, when the law was first introduced, it defined trespassing as “[entering] onto or [crossing] private open land for the purpose of collecting resource data.” However — thanks to an amendment passed unanimously by the Senate Judiciary Committee — the final version of the law, signed by Gov. Matt Mead (R) in March, defines trespassing as someone who “enters onto open land” and “enters onto private open land” — which is defined as “land outside the exterior boundaries of any incorporated city, town, subdivision.” That distinction calls into question whether the law could potentially be applied to public land. In Wyoming, public lands account for some 17.5 million acres.

“It appears to clearly apply to both private and public land,” Brueckner said. “This is like trespass on steroids. These laws, they don’t merely prohibit data collection. What they criminalize is data collection for the purpose of submitting the information to the state and federal government, and that’s what’s so bizarre and over the top about these laws. They specifically target activity that is unarguably legitimate.”

And while all ag-gag laws are, in a way, targeted at environmentalists, most concern themselves more with animal welfare — exposing the bad actors in factory farming that use abhorrent practices, like lifting a cow too sick to stand to slaughter with a forklift. In Wyoming, the abuse is more subtle. Ranchers have long allowed their cattle to graze on public lands — something allowed by the Bureau of Land Management. But that access comes with an environmental cost when herds graze too close to streams, causing fecal matter to end up in waterways.

“These [Wyoming] laws are designed to prevent the public from knowing about the routine, well-accepted, widespread practices in the industry. In that sense, they are much broader, because the environmental impacts are so unavoidable and systemic,” Brueckner said. “The fact is that grazing of cattle has a profound impact on the environment, and they can’t just blame it on one or two bad actors.”

When it comes to ransomware, you don't always get … END_OF_DOCUMENT_TOKEN_TO_BE_REPLACED

Peyton Carr is a financial advisor to founders, … END_OF_DOCUMENT_TOKEN_TO_BE_REPLACED