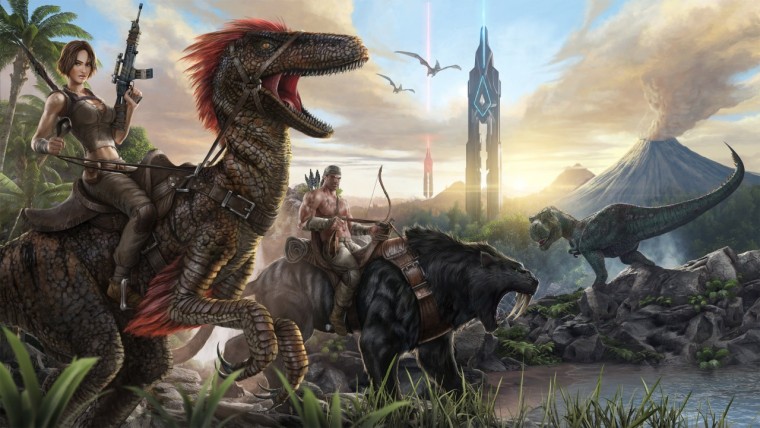 The Xbox Game Preview is essentially the console version of Steam’s Early Access program. It lets you try out games as they are in development, either offering your feedback, or just getting an early look at the game, depending on your inclination. The program launched at E3 2015 with a few games, such as Elite: Dangerous.

More games were promised and at Gamescom 2015 we got our first taste of the upcoming entries. The two biggest ones that Microsoft showed off, even dedicating exclusive trailers to the games, were Ark: Survival Evolved, and We Happy Few.

These two games have been getting extremely good buzz, with Ark: Survival Evolved already available on PC via Steam Early Access. We Happy Few just wrapped up a successful Kickstarter and has been pushing for a June 2016 release.

Ark: Survival Instinct is a dinosaur based survival game, pitting players against each other, the environment, and an array of dinosaurs on an island that is full of mystery. We Happy Few is a sort of first-person rougue-like, where players try to fit into a world that is run by a sadness hating dictatorship.

Both games will hit the Xbox Game Preview Program on Xbox One later this year, with full releases coming in 2016.

We Happy Few Xbox One Trailer

When it comes to ransomware, you don't always get … END_OF_DOCUMENT_TOKEN_TO_BE_REPLACED

Peyton Carr is a financial advisor to founders, … END_OF_DOCUMENT_TOKEN_TO_BE_REPLACED