You are here: Home / Technology / XYZ Printing Puts 3D Scanning in the Palm of your Hand 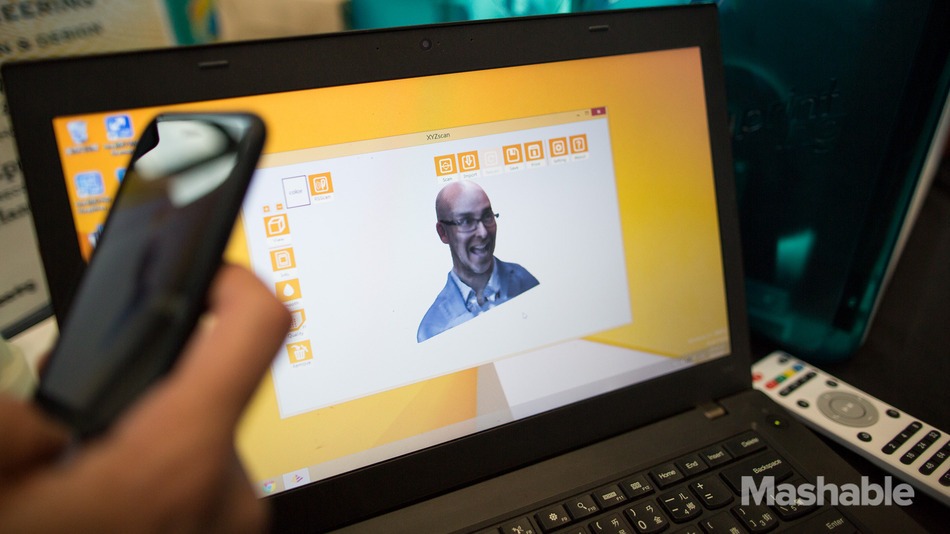 XYZ Printing has made a name for itself creating 3D printers that can output edible goods, but now the company wants in on the other side of the 3D process: image capture. At IFA 2015, the company introduced a $199 handheld 3D scanner.

The stylish “U”-shaped device connects to your computer via a USB 3.0 connection. As you wave it slowly around people and objects it captures 3D images (you can monitor the capture process on the computer) that you can later print on one of the XYZ printers, or any others that support STL and OBJ formats.

The 198-gram device uses Intel’s RealSense 3D imaging technology, which combines infrared, CCD and color sensors to capture images at 30 frames per second and up to 1 mm resolution. The pricier Structure Sensor 3D scanner promises sub-millimeter precision.I asked XYZ Printing to try it out on me and the results were pretty impressive.
It took a minute to scan my head and about 30 seconds for the software to render it. I could view it in full color or a monochrome version that more fully approximates the output I’d get from a single-color 3D printer. XYZ Printing’s most affordable model costs $399.The handheld 3D scanner is expected to ship sometime for the holiday buying season.

When it comes to ransomware, you don't always get … END_OF_DOCUMENT_TOKEN_TO_BE_REPLACED

Peyton Carr is a financial advisor to founders, … END_OF_DOCUMENT_TOKEN_TO_BE_REPLACED