You are here: Home / Education / A 7,000 years old cemetery and an ancient city discovered in Egypt 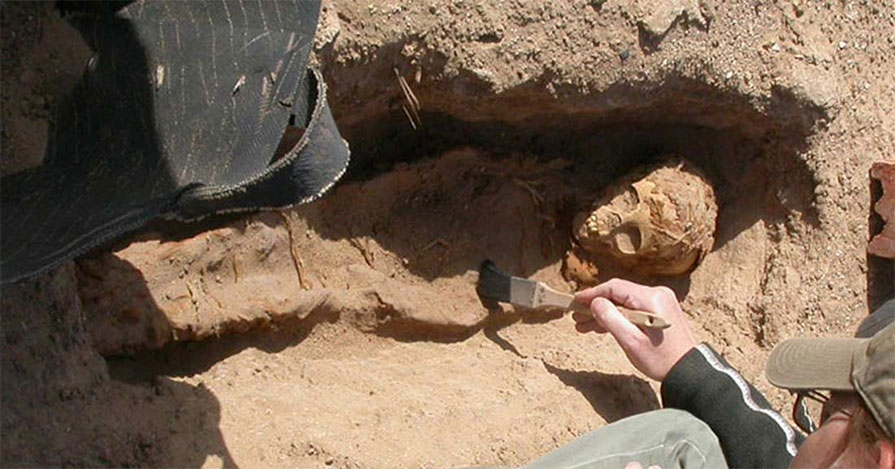 An old cemetery and a city dating from more than 7,000 years ago, from the time of the First Dynasty of the Ancient Egypt, have been recently discovered in the South of the Sohag’s province, announced the minister for the Egyptian antiques, Khaled El-Anany, informs Reuters. The discovery could relaunch the tourism industry of this country that suffered a decline from 2011, after the political crisis started with the resignation of Hosni Mubarak after a series of protests, but also as a result of the collapse of a Russian airplane with 224 persons on board, in October 2015. In this just discovered ancient city lived high-level officials and graves builders. The discovery brings new information on Abydos, one of the most oldest towns of the Ancient Egypt, said the minister, in a press release.

According to the experts, Abydos was the capital of Egypt by the end of the pre-dynastic period. The archaeological evidence was found at 400 meters from the temple of Seti I, a memorial from the new Egyptian kingdom, Luxor today. So far, the archaeologists have brought to light, pottery remains, hovels, and iron tools, as well as 15 huge tombs, some of them higher than those of the kings of Abydos, mentions the Egyptian official. ‘The dimensions of the graves discovered in the cemetery are higher in certain cases than those of the royal tombs of Abydos dating from the time of the first dynasty, which proves the importance of the people buried there and their high rank in the society of this early era in the history of the Ancient Egypt’, said the Minister for antiques, according to the quoted source. Over 14.7 million tourists visited Egypt in 2010, a country that is based on the tourism industry. The number decreased to 9,8 million in 2011.

When it comes to ransomware, you don't always get … END_OF_DOCUMENT_TOKEN_TO_BE_REPLACED

Peyton Carr is a financial advisor to founders, … END_OF_DOCUMENT_TOKEN_TO_BE_REPLACED