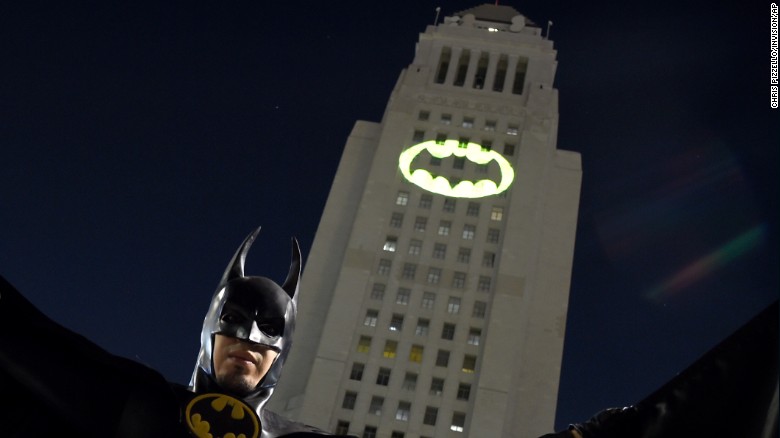 The Bat-signal was used in the show when the fictitious Gotham City Police Department needed to summon the superhero.
According to an announcement from DC Comics, Los Angeles Mayor Eric Garcetti and Police Chief Charlie Beck joined “Bat-guests” to light the Bat-signal in tribute to West’s portrayal of the “Bright Knight” on Thursday night.
The West family encouraged fans who are unable to attend the ceremony to make a donation to either the Adam West Memorial Fund for St. Jude Children’s Research Hospital or Camp Rainbow Gold.
Pages: 1 2

When it comes to ransomware, you don't always get … END_OF_DOCUMENT_TOKEN_TO_BE_REPLACED

Peyton Carr is a financial advisor to founders, … END_OF_DOCUMENT_TOKEN_TO_BE_REPLACED