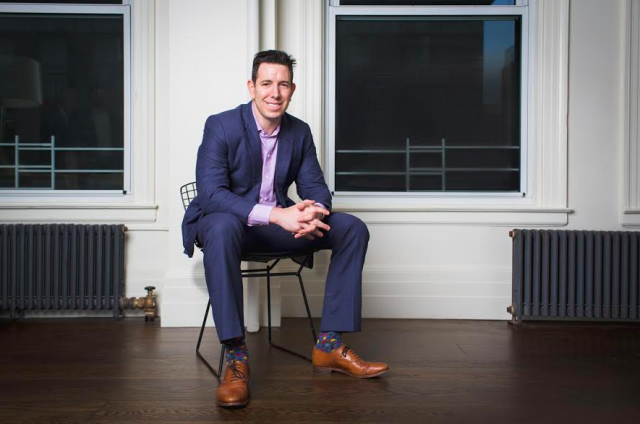 The man who helped Uber beat New York is looking for other startups. Bradley Tusk, the former campaign manager for Mayor Michael Bloomberg, is selling what some startups desperately want to buy: advice on how to beat the system.

The man who helped Uber weave through many of its regulatory scuffles, including last month’s victory in New York, is looking to help other startups do the same — and cash in on Silicon Valley’s growing sense of urgency about looming regulatory battles.

“Some of the public disputes companies like Uber and AirBnB have had make the reality of regulation and politics far more apparent to founders and startups, which creates both a need on their end and (hopefully) an opportunity on ours,” says Tusk, an early Uber political advisor who is now launching Tusk Ventures, billed as the first political strategy firm targeting startups only.

In barely five years, Uber has built a political machine that can beat down some of the nation’s most powerful local regulators. The ride-hailing service has successfully pressured lawmakers from Kansas and Virginia to pass more favorable laws and recently convinced the mayor of New York City to back down in a high-profile fight to cap Uber’s growth.

Tusk first got involved with Uber in 2011, one year after it launched, when a friend suggested he meet with a “transportation startup with some regulatory issues.” Tusk previously worked as the campaign manager for New York City Mayor and billionaire media tycoon Michael Bloomberg. He discovered the startup had no government or public relations department to speak of, despite having run up against local regulators from its earliest days.

In the early days, Tusk worked with Uber’s CEO and general managers in new markets to understand and position themselves to navigate regulatory hurdles. As time went on, he helped build up a team of staffers and consultants to deal with government and media relationships.

“Bradley’s advice has been invaluable as we remake an industry protected by entrenched interests. We wouldn’t have been so successful without his work,” Travis Kalanick, CEO of Uber Technologies, said in a statement to Mashable.

Tusk’s new consulting firm, staffed with political and legal experts from the beltway and beyond, promises to repeat many of Uber’s accomplishments: “fight off unwanted regulatory aggression,” “block passage of harmful legislation” and “develop and burnish their public reputation.”

It’s a pitch that may find an eager audience. The on-demand market is rife with legal issues: car-hailing services like Uber, Lyft and Sidecar must contend with existing taxi regulations requiring specific permits and background checks. Airbnb is dealing with housing laws. And delivery startups like Instacart and Shyp — as well as Uber — are feeling pressure to reclassify their workforce as employees entitled to benefits, rather than independent contractors.

“There’s talk of VCs becoming more and more concerned about on-demand startups because of the potential regulatory and labor issues. Startups are definitely being more proactive in thinking about it,” says Steve Schlafman, a seed investor with RRE Ventures. That, he says, requires an Uber-like combination of political consultants and experts on staff.

This is a noticeably different approach from the tech giants of yesteryear, like Google and Facebook, which did not immediately impact large existing businesses or touch the offline world, and were therefore not forced to tackle regulatory issues until much later in their timeline.

“Uber is a bit unusual in that it began its lobbying efforts pretty quickly after getting launched,” Viveca Novak, a spokesperson for the Center for Responsive Politics, told Mashable in an earlier interview. “Often companies, particular in the tech industry, chug along for a while before realizing they need a stronger Washington presence, a la Google.”

Uber and Airbnb, flush with billions in private financing, each spent $200,000 or more on lobbying in D.C. last year and are likely to spend significantly more than that in 2015, according to data from the Center for Responsive Politics.

“Just having a superior platform or engineering or idea isn’t necessarily enough,” Tusk says. “If someone has the power to shut you down, it’s critical to understand it and understand whether and how you can handle it. Otherwise, at best, you’re going to spend a lot of time and money dealing with issues that are not core to your growth and at worst, you won’t exist at all.”

When it comes to ransomware, you don't always get … END_OF_DOCUMENT_TOKEN_TO_BE_REPLACED

Peyton Carr is a financial advisor to founders, … END_OF_DOCUMENT_TOKEN_TO_BE_REPLACED