You are here: Home / Entertainment / Carrie Fisher assured that she had an affair with Harrison Ford during the Star Wars filming 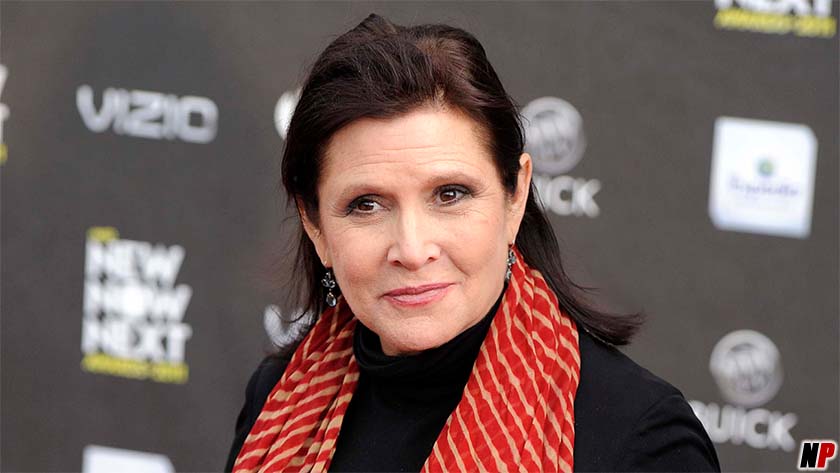 The actress Carrie Fisher assures the media and the public that she had an intense relationship with Harrison Ford during the filming of the ‘Star Wars’. We were’ Han (Solo) and Leia during the weeks and Carrie and Harrison during the weekends’, stated Fisher in an interview published by the People magazine. According to the testimony of the actress, her relationship with Ford lasted three months and took place in 1976, while they were working on ‘Star Wars: A New Hope (1977)’, the first film in the popular saga created by George Lucas. At that time Carrie Fisher was 19 years and Ford was 33, he was married and the father of two children. Carrie Fisher will publish on November 22 ‘The Princess Diarist’, a book of memoirs that presents different curiosities and secrets from the period of filming the ‘Star Wars’. ‘I looked over at Harrison.

A hero’s face — a few strands of hair fell over his noble, slightly furrowed brow. How could you ask such a shining specimen of a man to be satisfied with the likes of me?’ writes Fisher in the book. ‘They don’t want to hire all of me — only about three-quarters! Nothing changes, it’s an appearance-driven thing. I’m in a business where the only thing that matters is weight and appearance. That is so messed up. They might as well say get younger, because that’s how easy it is.’ Carrie Fisher and Harrison Ford played together in the original trilogy ‘Star Wars’, made of the films ‘A New Hope’, ‘The Empire Strikes Back’ (1980) and ‘Return of the Jedi’ (1983). The two actors ‘took back’ their famous characters, Princess Leia and Han Solo, after more than thirty years on the occasion of the launching of the ‘Star Wars: The Force Awakens’ movie in 2015.

When it comes to ransomware, you don't always get … END_OF_DOCUMENT_TOKEN_TO_BE_REPLACED

Peyton Carr is a financial advisor to founders, … END_OF_DOCUMENT_TOKEN_TO_BE_REPLACED