You are here: Home / Education / The dogs suffer from hoariness from too much stress 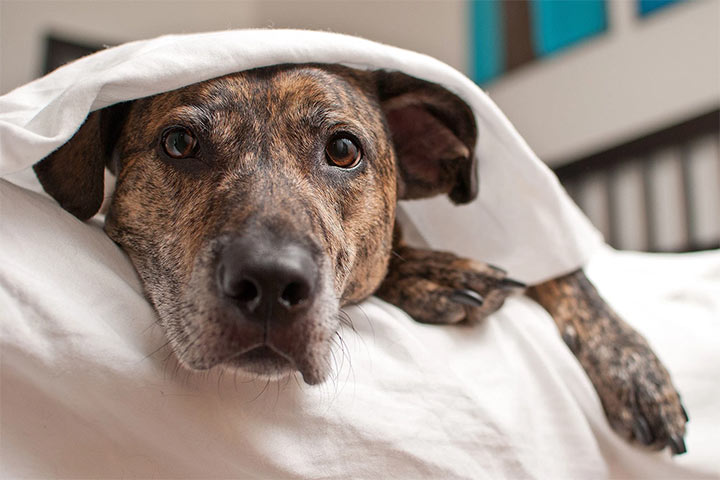 The dogs may be confronted with premature hoariness of the fur as a result of the exposure to a too high level of stress, according to a recent study, informs the Xinhua. The researchers at the University of Colorado, USA, have collected samples from 400 dogs with the dark colored fur, aged between 1 and 4 years. Each animal was photographed, and the discoloration of the hair in the area of the snout has been classified on an ascending scale from ‘without hoariness’ to ‘total hoariness’. In the meantime, the dogs’ owners were asked to fill in a questionnaire through which they needed to evaluate the behavior of the dogs and their health status.

The results, recently published in the December edition of the ‘Applied Animal Behavior Science’, have been described by scientists as being ‘quite striking’. According to them, the dogs with a high level of anxiety and impulsiveness had a bigger quantity of white hair, in particular those who were described by their masters as pusillanimous at the loud noises and at the presence of animals or unknown people. In the case of dogs under 4 years, the hoariness of the fur around the snout can be a sign of anxiety and can indicate the presence of other questions related to fear, noted the scientists.

The study also highlighted the fact that the females have an accentuated tendency to hoariness in comparison with the males, shows the quoted source. The discovery may have a practical application. If the people who work with dogs notice young dogs which have prematurely grayed in the area of the snout they can alert the owners of the fact that their dogs are facing the problems of fear, anxiety or impulsiveness, according to Live Science. At a later date, if required, the animals can be entered into behavioral correction programs.

When it comes to ransomware, you don't always get … END_OF_DOCUMENT_TOKEN_TO_BE_REPLACED

Peyton Carr is a financial advisor to founders, … END_OF_DOCUMENT_TOKEN_TO_BE_REPLACED