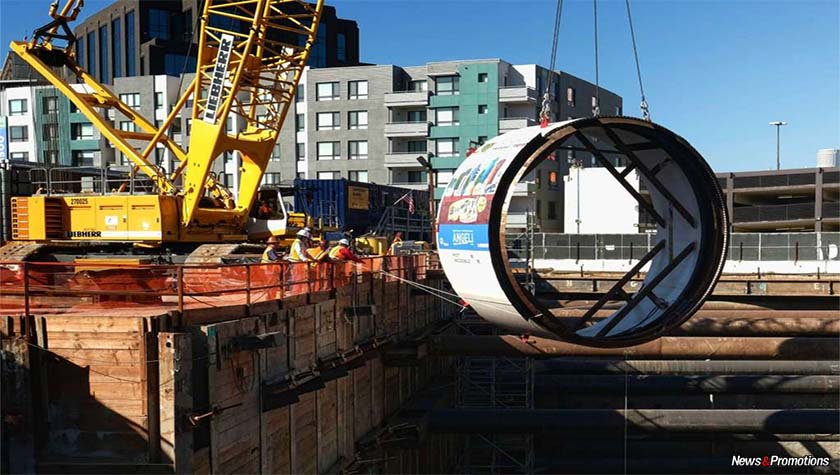 Elon Musk, the CEO of SpaceX moved his attention from space and the Mars to the Earth. He intends to build at least one road tunnel as a solution against the traffic, which he finds exasperating, and the works will begin in about a month according to what he wrote on Twitter. The billionaire caused amazement in December when he informed, through his Twitter account, that he plans to buy a ‘boring machine’ for tunnel digging, in order to solve the problem of the traffic in Los Angeles, which really annoys him.

He wrote on Twitter about being driven wild by the traffic. He promised to call the project ‘The Boring Company’, according to the CNN. Musk announced ‘interesting progress’ related to the tunnel, as a sign that he is not joking. ‘Exciting progress on the tunnel front. Plan to start digging in a month or so’, he wrote on Twitter.

According to the CNBC, the tunnel would make the connection between Musk’s office from SpaceX and the airport in Los Angeles. Musk is already very busy, leading two companies, TSLA and SpaceX. He is also the co-president of the OpenAI, the business consultant of Donald Trump, and father of five children. The billionaire declared a year ago at an Hyperloop event, a concept launched by him in 2013 for the transportation of passengers, with very high speed, in capsules that travel through a low pressure, that the tunnels is a way by which the traffic problem can be solved in the cities. ‘It is a very simple and obvious idea. You can have even 30 levels of tunnels and to solve the problem, permanently’, said Musk. At the beginning of this year, Amazon received the pattern for a system of packages delivery through the tunnels, as is shown by the CNN.

When it comes to ransomware, you don't always get … END_OF_DOCUMENT_TOKEN_TO_BE_REPLACED

Peyton Carr is a financial advisor to founders, … END_OF_DOCUMENT_TOKEN_TO_BE_REPLACED