You are here: Home / Business / Elton John to retire from his music career in 2017 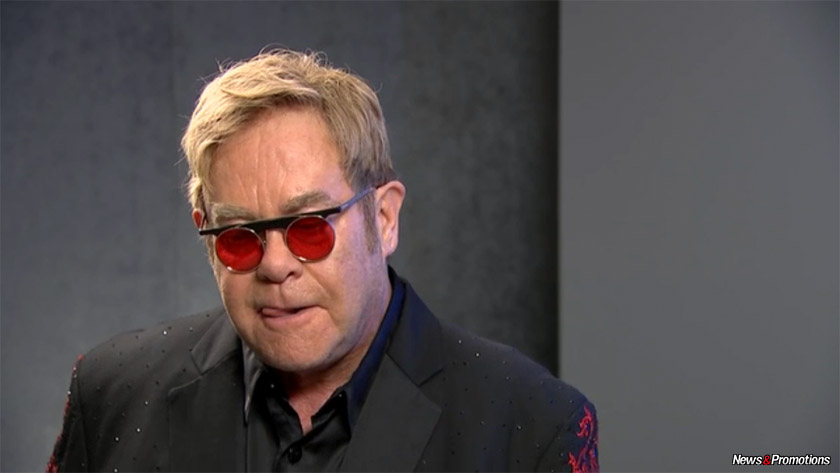 Sir Elton John thinks about announcing his withdrawal from the artistic life, in 2017, in order to be able to spend more time with his family. Father of two children, the artist would intend to announce the end of his career with the occasion of the anniversary of 70 years of life, informs dailymail.co.uk. The prodigious musical career of Sir Elton John is spread on over 50 years, starting in 1969, along with the launching on the market of the album ‘Empty Sky’. In this half century, the British artist sold more than 300 million copies of his albums and received five Grammy Awards and an Oscar, which was offered to him for the song ‘Can You Feel The Love Tonight’ from the animation movie ‘The Lion King’. His latest album, ‘Wonderful Crazy Night’, was launched in the month of February 2016.

The artist plays in the comedy with spies ‘Kingsman: The Golden Circle’, together with Julianne Moore and Halle Berry, a movie that will be launched on the big screen in the following year. Sir Elton John would like to dedicate more time to his personal life, to his two sons, Elijah and Zachary, but also to his life partner, David Furnish. ‘Elton has seen and done it all, and has nothing left to prove’, said a close friend of the artist. Another reason of the retirement seems to be the musician’s desire of being more involved in the activity of its organization, the Elton John Aids Foundation, which raised over 275 million pounds for fighting against AIDS. Elton John’s real name is Reginald Kenneth Dwight and he is born on March 25, 1947. His song, Candle in the Wind, from 1997, was sold in more than 37 million copies and is one of the best selling songs in the history.

When it comes to ransomware, you don't always get … END_OF_DOCUMENT_TOKEN_TO_BE_REPLACED

Peyton Carr is a financial advisor to founders, … END_OF_DOCUMENT_TOKEN_TO_BE_REPLACED