You are here: Home / Business / George RR Martin will publish a new book this year, but not the awaited one 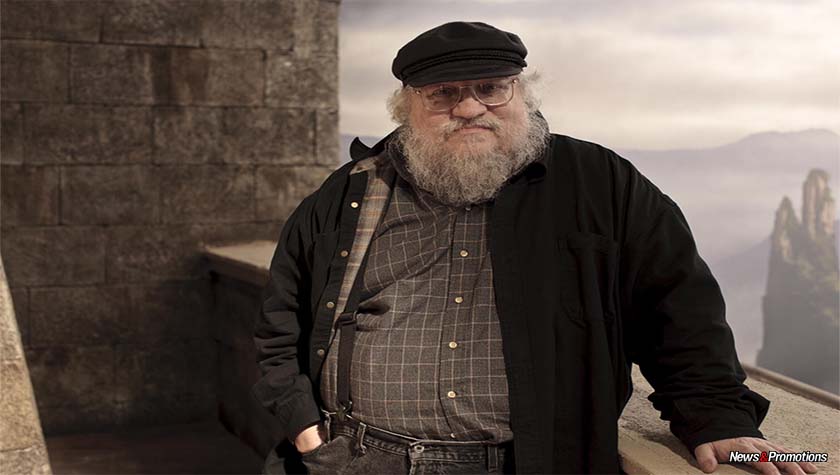 The writer George RR Martin, the creator of the ‘Game of Thrones’, known for his uncertainty regarding the deadlines, has written a new story from the fantastic world of this saga, which can now be pre-ordered. To the disappointment of his fans and of the series’ fans, this is not the long expected ‘Winds of Winter’, the sixth part of the saga ‘A Song of Ice and Fire’, which is the base of the TV series ‘Game of Thrones’ produced by HBO, informs The Telegraph.

In exchange, the story will be a part of ‘Book of Swords’, which is an anthology of short writings, one of which belonging to Martin. According to the Amazon page of ‘Book of Swords’, where the fans can do the pre-orders before the launch of the volume in October, it is about a book that includes fifteen original stories that bring ‘a tribute to the Golden Age’ of the fantastic literature phenomenon, called ‘Sword and Sorcery’ and which includes a new story of George R R Martin from the world of ‘Game of Thrones’. This could be the first writing of Martin in the last five years, the author publishing lately only on his blog several chapters, dedicated to his fans, from the future book ‘Winds of Winter’.

Although the American writer announced that he does progress in writing the sixth volume of the famous series, he has gone far beyond with the deadline for the submission of the book. This had to be published in 2015 and it has no currently confirmed date, yet. ‘Believe me, it gave me no pleasure to type those words. You’re disappointed, and you’re not alone. My editors and publishers are disappointed, HBO is disappointed, my agents and foreign publishers and translators are disappointed… but no one could possibly be more disappointed than me’, said Martin about the delay.

When it comes to ransomware, you don't always get … END_OF_DOCUMENT_TOKEN_TO_BE_REPLACED

Peyton Carr is a financial advisor to founders, … END_OF_DOCUMENT_TOKEN_TO_BE_REPLACED