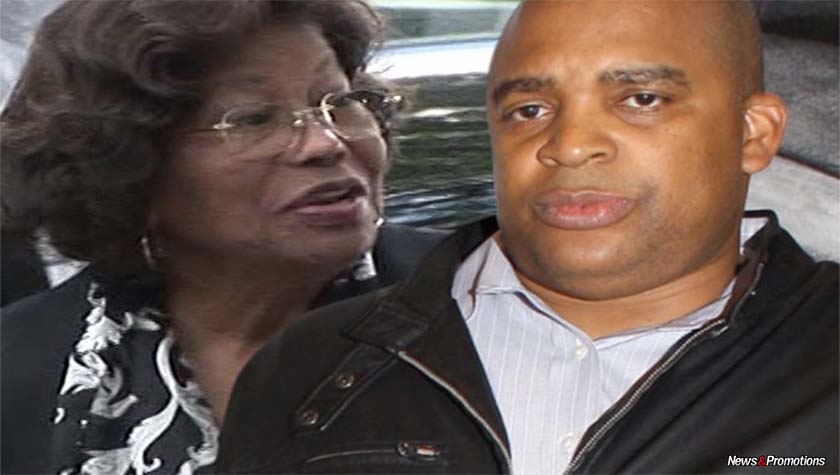 Katharine Jackson, the 86 years old mother of the late megastar Michael Jackson requested and obtained a restriction order against a nephew whom she accuses of intimidation, emotional abuse and the fact that he has obtained information about her bank accounts, informs Reuters. Trent Lamar Jackson, a nephew of 52 years from the family of Michael’s father, Joe, worked as a driver for Katherine Jackson.

A lawyer of Katharine Jackson specified in the documents submitted to a court in Los Angeles this week that she fears her grandson and she is afraid that he will use her credit cards and other financial information for personal gains. ‘Mrs. Jackson has to hide in her closet to speak to her kids so she can speak freely,’ it is indicated in the text. ‘Trent was supposed to be her driver, but over time (he) has infiltrated Mrs. Jackson’s business and personal affairs, even referring to himself as her ‘house manager’,’ according to the court documents obtained by the New York Daily News. Trent also screened Jackson’s phone calls, he did not allow privacy during the phone calls and visits an he didn’t relay the messages. He also managed to get a key to Katherine’s bedroom and he enters her room whenever he wants.

A judge of the superior court in Los Angeles issued a temporary restriction order against Lamar Jackson, requiring him to move from the house of Katharine Jackson from Calabasas, in the vicinity of Los Angeles, and not to come any closer to more than 100 meters from her. In the file was scheduled a hearing on March 1st. Lamar Jackson could not be contacted to comment on the information, notes Reuters. Michael Jackson, one of the nine children of Katherine Jackson, died in 2009 at the age of 50 years.

When it comes to ransomware, you don't always get … END_OF_DOCUMENT_TOKEN_TO_BE_REPLACED

Peyton Carr is a financial advisor to founders, … END_OF_DOCUMENT_TOKEN_TO_BE_REPLACED