You are here: Home / Lifestyle / Londoners Vent on Rent, Renters – How Do You Fair? 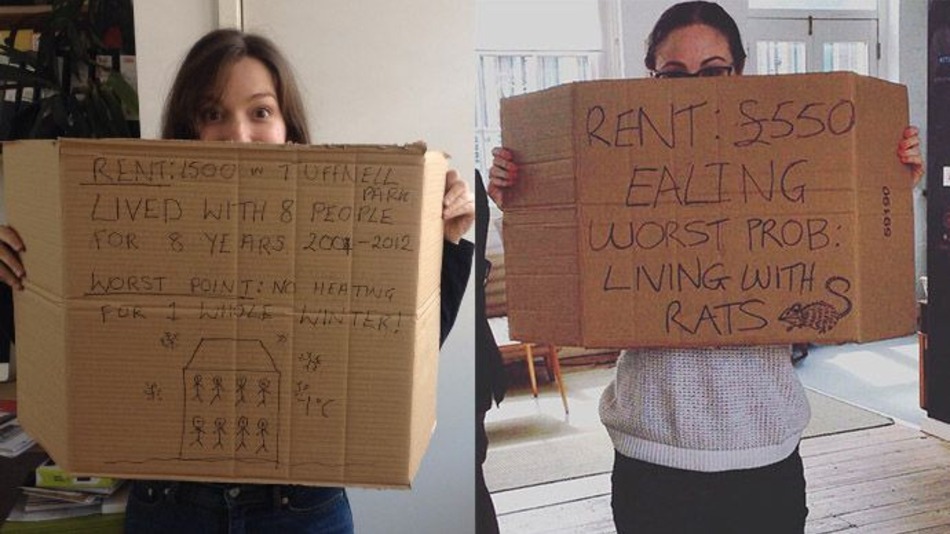 Renting in London has long been an arduous and expensive affair. High rents, dodgy accommodation and lazy landlords. With the mayoral election next week many tenants have had enough.

They’ve been sharing photos depicting their renting experience on Twitter and Tumblr with the hashtag #VentYourRent, which was launched by Generation Rent to highlight the issue.

The result is an outpouring of horror stories, featuring damp apartments, mice infestations, absent agents and sky-high costs. Rent can take up to 72% of a Londoner’s salary, a survey last year revealed.

Here are some of the issues highlighted by desperate tenants as the hashtag trending overnight into Wednesday.

The lack of basic appliances.

People are sharing their London renting nightmares via #ventyourrent and it is pretty damning @genrentuk pic.twitter.com/swjM1ioPCi

The roofs that cave in.

Ceiling fell through cos of flood in flat above, owned by same landlord. Evicted for complaining when he wouldn’t repair it. #ventyourrent

And the unscrupulous landlords.

Home turned into a building site for 8-weeks while landlord decorated & upped rent by 30% #VentYourRent pic.twitter.com/PHdAiOUTWS

And of course the cost.

“The candidates for Mayor describe London as the greatest city on Earth, but as long as growing numbers of people are paying huge sums to live in squalor, they’ll have a lot of work to do to make that a reality,” Generation Rent’s Policy Manager Dan Wilson Craw told the Evening Standard.

“The hashtag #ventyourrent is unearthing the scale of common problems like damp and mice, all the way up to the most shocking experiences like poisoning, ceilings falling in and bullying landlords and letting agents. When London goes to the polls, the two million renters in this city need to make their voices heard.”

When it comes to ransomware, you don't always get … END_OF_DOCUMENT_TOKEN_TO_BE_REPLACED

Peyton Carr is a financial advisor to founders, … END_OF_DOCUMENT_TOKEN_TO_BE_REPLACED