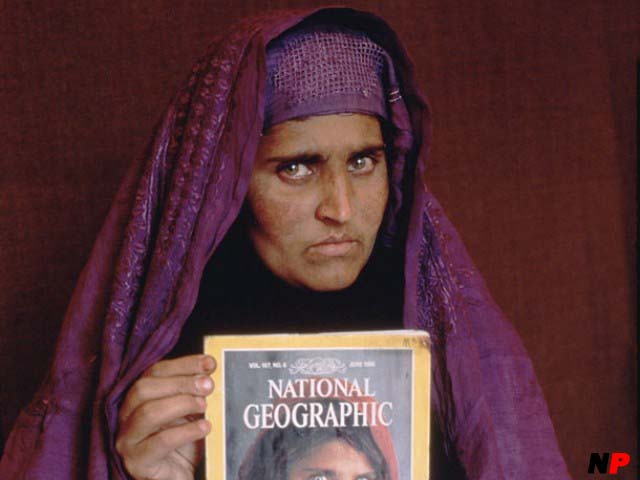 The ‘Afghan girl’ with green eyes whose face appeared in 1985 on the cover of National Geographic and whose photo became one of the most well-known photos in the world was arrested in Pakistan for papers falsification, stated on Wednesday official sources, tells the DPA. Sharbat Gula, nicknamed the ‘Mona Lisa of the Afghanistan war’ due to the photography made by Steve McCurry, was arrested in her own home in Peshawar, Pakistani (North-West), stated a representative of the police. Gula is accused that he she acquired the Pakistani citizenship by falsification some documents and she risks up to seven years in prison if it will prove that she is guilty, said the quoted source. An official of the Federal Agency of Investigations (FIA), a department that deals with the cases of falsification of documents, confirmed the arrest of the woman. ‘Our team, together with the police, came to her house and found both Afghan and Pakistani identity papers’, stated the head of FIA, Imran Shahid.

Gula’s family escaped to Pakistan together with thousands of Afghan families when the Soviet forces invaded Afghanistan in 1979. McCurry photographed Sharbat Gula in December 1984, when the girl had 12 years and when she was on a camp for refugees at the border between Afghanistan and Pakistan. Her photography appeared on the cover of the National Geographic in June 1985 and has been used to show the difficult situation of the refugees. McCurry didn’t find her name then and despite of the repeated trips in the region he didn’t find her. Finally, the photographer found it 17 years later, in 2002, in Peshawar. The last year, the government of Pakistani has started an action against the Afghan refugees who had used false documents to obtain the Pakistani citizenship. Then, the name of Gula appeared on the list.

When it comes to ransomware, you don't always get … END_OF_DOCUMENT_TOKEN_TO_BE_REPLACED

Peyton Carr is a financial advisor to founders, … END_OF_DOCUMENT_TOKEN_TO_BE_REPLACED