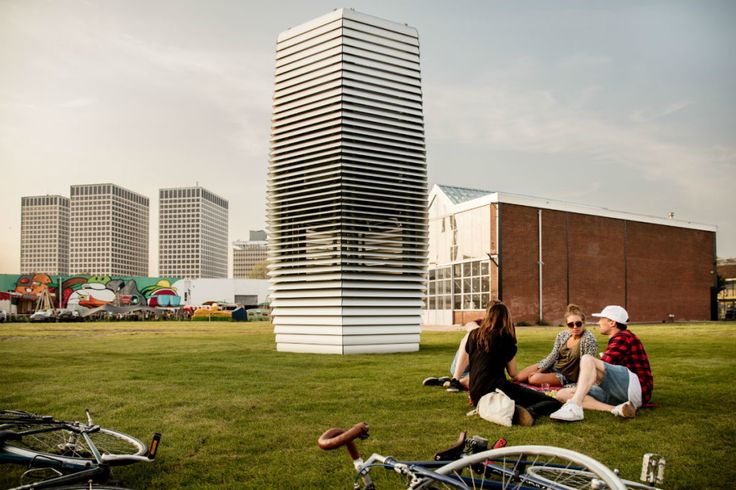 Netherlands revealed on Tuesday, in Amsterdam, a filtration system created for the air purification of almost all the fine and ultra-fine particles, that are harmful to health. The device was presented as being the first giant ‘vacuum cleaner’ of this kind in the world, transmits the France Press.

‘It is a big industrial filter, with eight meters in length, made of steel, that will be placed on the top of the buildings in the vicinity of the industrial areas, of the airports or of the cities’, said Henk Boersen, spokesman of the Envinity Group’s start-up, the initiator of the project presented at the Offshore Energy 2016 conference and exhibition.

This ‘innovative system’ is able to aspire the air within an area of 300 meters and up to a height of seven kilometers, to treat 800,000 m3 of air per hour and to filter the 100 % of the particles PM 10 (with diameter of less than 10 Micron), PM 2.5 (with the diameter of less than 1 microns in size) and 95 % of the ultra-fine particles (or nano particles) presented in the air, in accordance with the tests made on the prototype by the center of the research in the energy field in Netherlands.

‘A big column of air will pass through the filter and will come out clean’, said the spokesman.

Resulting from the combustion of coal, of wood or fuels, as well as from industrial vapor, the fine particles, which are regarded as carcinogenic, were catalogued as the atmospheric pollutant that is the most harmful to the human health in Europe by the European Environment Agency (EEA). 90% of the cities inhabitants are exposed to levels higher than those recommended by the World Health Organization (WHO).

PM 2.5 includes polluting substances that penetrate deeply into the lungs and the cardiovascular system, representing a serious risk to the human health.

When it comes to ransomware, you don't always get … END_OF_DOCUMENT_TOKEN_TO_BE_REPLACED

Peyton Carr is a financial advisor to founders, … END_OF_DOCUMENT_TOKEN_TO_BE_REPLACED