You are here: Home / Education / Peter Vaughan from Game of Thrones, dies at 93 years 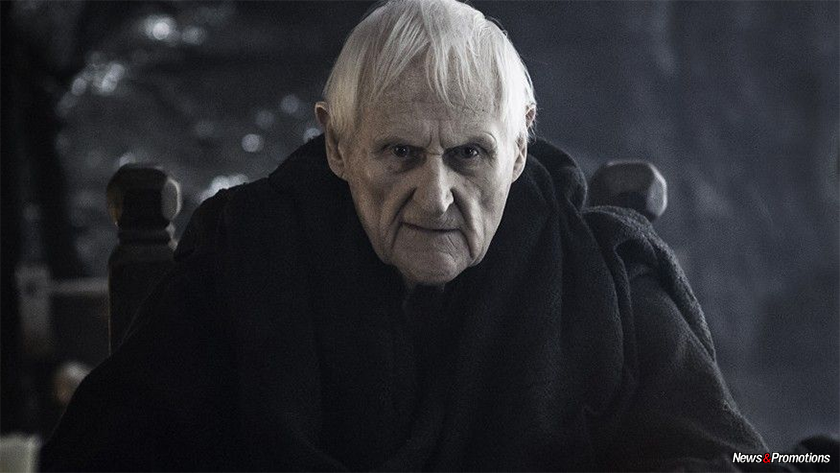 The British actor Peter Vaughan, known for the role of Aemon Targaryen from the TV series ‘Game of Thrones’ died on Tuesday at the age of 93 years, informs his agent quoted by the EFE. Vaughan, who was suffering from a partial loss of vision, interpreted for a period of five years, the fallen in disgrace prince Aemon Targaryen, punished to the Wall, in the Night Watch, where he becomes a maester (a member of an order composed of healers and wise men) in the series based on the fantasy opera by George R.R. Martin.

‘This is to confirm that very sadly Peter Vaughan passed away at approximately 10.30 this morning. He died peacefully with his family around him’, informed his agent, Sally Long-Innes. Vaughan was known in the Great Britain for the role of the villain Harry Grout in ‘Porridge’, for the role of Robert Lindsay girlfriend’s severe father, for Tom Hedden, a town patriarch in ‘Straw Dogs’, for Felix, the father of Christopher Eccleston from ‘Our Friends in the North’ for which he received a Bafta nomination.

Vaughan was also the butler William Stevens, the Anthony Hopkins character’s father in the ‘The Remains of the Day.’ He also played in the thriller ‘The Naked Runner’ together with Frank Sinatra, in 1967. ‘If you’re a character actor, you don’t need to wait for the next leading role. But if you are a leading man you have to wait for the next part. Sometimes that means long periods without work’, said Peter Vaughan. ‘I’ve been so lucky with parts’, he said about ‘Game of Thrones’. Vaughan, whose real name was Peter Ohm, was born on April 4, 1924, in Shropshire, the center of the Great Britain and was married to the actress Billie Whitelaw for 12 years. Previously, he was married with the actress Lillias Walker.

When it comes to ransomware, you don't always get … END_OF_DOCUMENT_TOKEN_TO_BE_REPLACED

Peyton Carr is a financial advisor to founders, … END_OF_DOCUMENT_TOKEN_TO_BE_REPLACED