You are here: Home / Entertainment / Robert De Niro wants to punch Donald Trump in his face 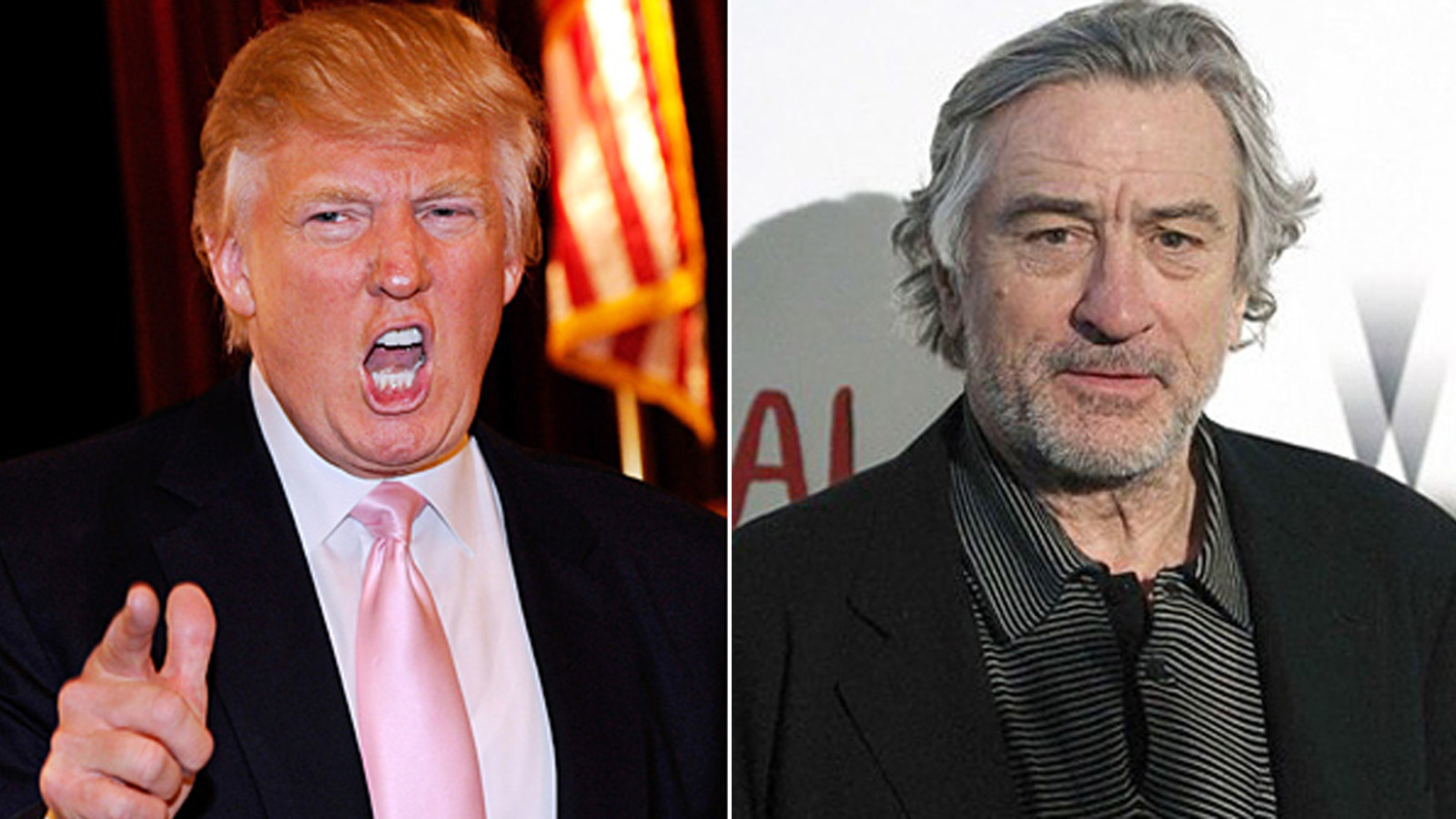 The famous actor Robert De Niro launched a video that is viral on the social networks, in which he addresses to the Republican candidate for the USA presidency, Donald Trump. De Niro called Trump: ‘blatantly stupid… he’s a punk, he’s a dog, he’s a pig, he’s a con, and he’s a bullshit artist. A mutt who doesn’t know what he’s talking about.’ The actor also added: ‘He talks how he wants to punch people in the face. Well, I’d like to punch him in the face.’ De Niro didn’t stop here. He also said that Trump doesn’t care, he doesn’t do his homework, he thinks he can fool the society and he doesn’t pay his taxes. The actor quoted Colin Powell, the former state secretary of the USA, who said that Trump is a national disaster, a shame for America. De Niro said that he is very angry that America got into this point when this clown reached such a level.

Robert De Niro said that he doesn’t think Trump is the president that the Americans want. He added that he cares about the direction America takes and that he is very worried that the direction is wrong with someone like Donald Trump. ‘If you care about the future of your country, go voting!’ was the message of the actor for the American electorate. Robert De Niro is not the only celebrity that roughly attacks Trump. Arnold Schwarzenegger, the famous actor that was the governor of the California state, declared that it will for the first time when he will not vote with a Republican candidate at the presidential election in the USA. Even popular Republicans don’t support their candidate anymore, like Mitch McConnel (the leader of the Republican majority of the Senate), the senator John McCain and Paul Ryan (the Republican president of the Deputy Room).

When it comes to ransomware, you don't always get … END_OF_DOCUMENT_TOKEN_TO_BE_REPLACED

Peyton Carr is a financial advisor to founders, … END_OF_DOCUMENT_TOKEN_TO_BE_REPLACED