You are here: Home / Education / The scientists reproduced a beer from the Age of Iron 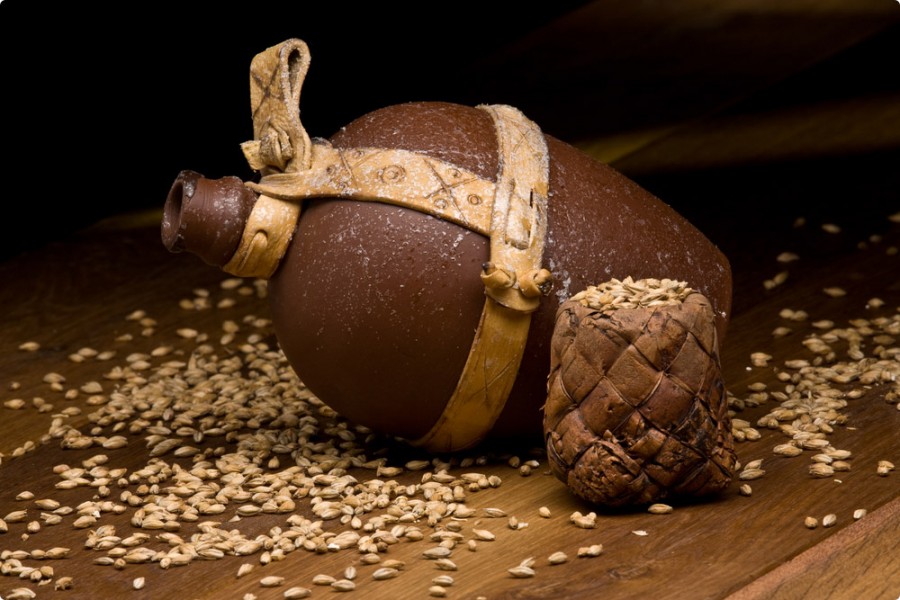 A team of experts worked together with a beer factory from Milwaukee to reproduce an alcoholic drink discovered inside a funeral site dating from the iron age, in Germany, informs the Live Science. In spite of the fact that the acid soil dissolved the human remains, the archaeologists found in the necropolis weapons made of metal and a cauldron, dating between the years 400 – 450 before Christ. This was filled with the ancient mead when was buried, according to the researcher Bettina Arnold, an archaeologist and anthropologist at the Wisconsin-Milwaukee University. ‘The deceased man from the Cairn 17 Grave 6 was sent to the ‘afterlife’ not only with the weapons, but also with 14 liters of an alcoholic drink about which they believed that will serve him to the other world in the recognition of his status of an important person which he had during his life’, explained Arnold.

The boiler was discovered in 2000. The researcher and her team have worked with a botanist at analyzing the traces of alcohol, obtaining a recipe of an ancient beer. It is believed that the alcoholic drink was a type of mead known as a drink that today is made of water and milled millet, explained Bettina Arnold. This was prepared from a combination of barley and honey, but there was meadow-sweet (a plant used often in the prehistoric mead) and mint too, according to the scientists. Together with the researchers, the factory Lakefront Brewery from Milwaukee, USA, reproduced the beer, and the drink was tasted, for the first time, at the Annual Science Festival in Wisconsin, at the end of the last month. Now we can say that the ancient drink traveled in time, from the age of iron to be tasted in the age in technology, due to the technology.

When it comes to ransomware, you don't always get … END_OF_DOCUMENT_TOKEN_TO_BE_REPLACED

Peyton Carr is a financial advisor to founders, … END_OF_DOCUMENT_TOKEN_TO_BE_REPLACED