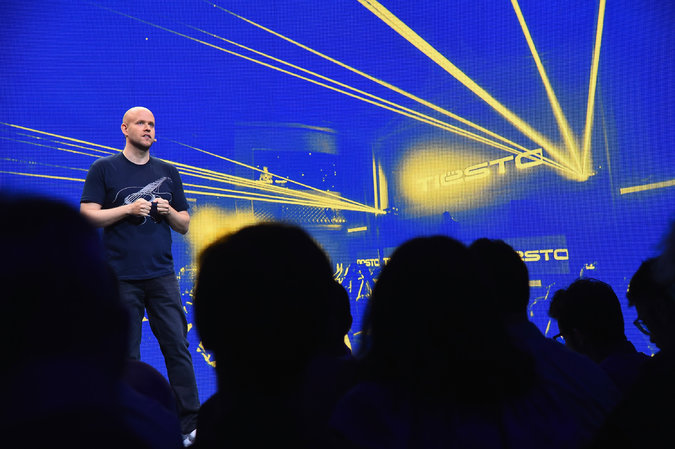 Spotify has added $115 million to its war chest as it prepares to compete with Apple for dominance of the music streaming market.TeliaSonera, a Swedish telecommunications company, announced early Wednesday that it had acquired a 1.4 percent stake in Spotify for $115 million. With earlier investments, Spotify is now valued at about $8.5 billion, according to people briefed on the deal who were not authorized to speak publicly about it.

The infusion of cash from TeliaSonera brings Spotify’s latest investment round to $526 million, after investments this year by Goldman Sachs; the British money manager Baillie Gifford; and Senvest Capital, a hedge fund in Canada. Since the company was founded in 2006, Spotify has raised more than $1 billion in investments, and its service is now available in 58 countries.

The news comes just two days after Apple announced its long-awaited arrival into the world of streaming music by subscription, making it Spotify’s most formidable competitor. Apple has long been the world’s biggest music store, and many analysts believe that the company’s deep marketing resources, as well as the wide popularity of its mobile devices, give it an immediate advantage in reaching mainstream consumers.

At its announcement on Monday, Apple said that its new music service, Apple Music, would be available on June 30 for its computers and mobile devices in more than 100 countries.

Spotify also announced on Wednesday that it had reached 20 million paying subscribers, along with 55 million more who listen regularly to the version of its service that is available free with advertising. That is roughly double Spotify’s total from May 2014, when it announced 10 million subscribers and 40 million total users.

When it comes to ransomware, you don't always get … END_OF_DOCUMENT_TOKEN_TO_BE_REPLACED

Peyton Carr is a financial advisor to founders, … END_OF_DOCUMENT_TOKEN_TO_BE_REPLACED