You are here: Home / Business / The Week Ahead: Apple’s Conference, G.M.’s Annual Meeting, and a Trade Vote in Europe 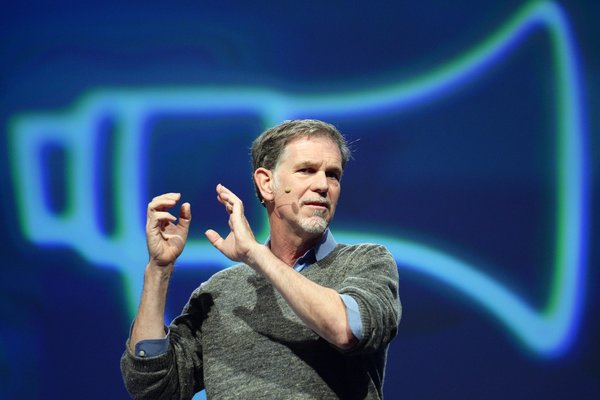 Apple is set to kick off its annual conference for software developers on Monday. The company is expected to show new and improved versions of OS X, its Mac operating system, and iOS, the mobile software system powering iPhones and iPads. The company will also introduce a new streaming music service that it developed with Beats Electronics, the company it acquired last year for $3 billion. Absent from the unveilings will be a long-anticipated upgrade for the Apple TV set-top box, which was pulled from the conference because of issues related to content and technology. –Brian X. Chen

Economists will be looking for signs that China’s growth slowdown is bottoming out when the country releases its May economic data this week, but expectations are not high. Trade figures, to be released on Monday, are expected to show that imports remain under pressure because of weak domestic demand. Inflation data on Tuesday is likely to highlight feeble increases in prices of consumer goods. On Thursday, the government is expected to report that industrial production remains near a 10-year low, partly because of the slumping housing market. Data on land purchases by developers and new construction starts is forecast to continue to show a sharp contraction. –Neil Gough

Sales and Kale at McDonaldâs

The McDonald’s Corporation will report its sales for May on Monday, the next-to-last time it will give Wall Street a monthly look at the performance of its roughly 37,000 stores. Interest in the company has been intense over the last six months, as sales have slid despite a smorgasbord of initiatives and food tests. Menu tweaks like adding kale to salads in some stores and toasting buns longer for some burgers are being closely watched but have not yet had a chance to have an effect on sales. Sara Senatore, a Sanford Bernstein investment analyst, said the firm does not usually preview sales, but based on trends over a two-year adjusted calendar, sales in McDonald’s stores in the United States in May might be down 1.5 percent, compared with a 2.3 percent decline in April. –Stephanie Strom

G.M., Beyond the Switches

In the wake of a record year for auto safety recalls, General Motors will hold its annual meeting on Tuesday at the company’s headquarters in Detroit. G.M. executives hope the company has largely weathered the storm created by its defective ignition switches and decade-long cover-up of the problem and its scope. Investors will hear about new efforts like the company’s framework, announced in March, for investing in capital projects, which among other things will aim for a return of 20 percent or greater on invested capital, and a cash balance of $20 billion. Investors will also get a chance to vote on a shareholder proposal to split G.M.’s chief executive and chairman functions. The proposal, by James McRitchie, a small shareholder from Elk Grove, Calif., is opposed by the company’s board of directors. –Aaron M. Kessler

Netflix will hold its annual stockholders’ meeting on Tuesday in Los Gatos, Calif., during which investors will vote on a proposal to increase the number of shares in what is seen as a precursor to a stock split. Netflix shares now trade above $633, almost double where they were at the start of the year. More proposals include the election of three directors, the appointment of an auditing firm and other stockholder proposals. Analysts are also hoping that executives will provide more details about the companyâs international rollout, which is expected to be complete by the end of 2016. The company is also expected to face questions on its position on a series of recently announced mergers, including Charter Communicationâs pair of $67.1 billion deals for Time Warner Cable and Bright House Networks. –Emily Steel

HSBC will hold a strategic update for investors on Tuesday and may give more insight into its review of whether to keep its headquarters in Britain. The lender, which traces its roots to Hong Kong, announced a formal review earlier this year of its domicile as it faces a shifting regulatory environment and a tax that hit British banks particularly hard. –Chad Bray

Advisers to the Food and Drug Administration this week will discuss whether the agency should approve the first two drugs in a new class of powerful cholesterol-lowering agents. Praluent, also known as alirocumab, from Sanofi and Regeneron Pharmaceuticals, will be discussed on Tuesday. Amgenâs Repatha, or evolocumab, will be considered on Wednesday. A big question is whether lowering of LDL-C, the so-called bad cholesterol, is enough for approval or whether the companies need to demonstrate that the drugs actually reduce the risk of heart attacks and strokes, something that will not be known for another two years or more. –Andrew Pollack

The European Parliament is expected to vote on Wednesday on the plans for a landmark trade deal between the United States and the European Union. The vote focuses on a report prepared by the lawmakers that is meant to guide officials leading the negotiations on Europeâs behalf. But the lawmakers have been squabbling for months over whether to allow multinational companies to sue governments that fail to adhere to a future Transatlantic Trade and Investment Partnership. Last month, the Parliament’s trade committee voted in favor of allowing a reformed version of that system, known as investor-to-state dispute settlement. The system is common in other trade agreements, and American and European negotiators have insisted it should part of the trans-Atlantic deal. But some political groups have vowed to vote against the final report unless it contains language explicitly rejecting the system. The 751-member Parliament has only an advisory role in the negotiations. But it has the power to veto any eventual deal, and that gives the lawmakersâ vote significant political weight, even at this stage. –James Kanter

Although Facebook stockholders will be able to question management at the companyâs annual meeting on Thursday, the votes they cast will be essentially meaningless. That is because the company’s co-founder and chief executive, Mark Zuckerberg, controls 54 percent of the votes through a special class of stock and has made it clear that he will run the company as he sees fit. So a proposal on the ballot to strip Mr. Zuckerberg of his super-voting power is more symbolic than real. At the moment, shareholders have little to complain about, with Facebook’s revenue and profits soaring, and the stock up about 31 percent over the last year, although some have expressed concerns about Mr. Zuckerberg’s costly acquisitions. In another event on Thursday, Oculus, a virtual reality company owned by Facebook, will lay out its product plans, including its first headset that plugs into a personal computer, due out in early 2016. –Vindu Goel

On Friday morning, the University of Michigan’s preliminary survey of consumer sentiment for June is due out, with Wall Street economists expecting a slight improvement from the May level. Consumers have been cautious about spending the windfall from lower energy prices this year, and economists are looking for signs of whether that is changing. –Nelson D. Schwartz

When it comes to ransomware, you don't always get … END_OF_DOCUMENT_TOKEN_TO_BE_REPLACED

Peyton Carr is a financial advisor to founders, … END_OF_DOCUMENT_TOKEN_TO_BE_REPLACED