You are here: Home / Education / The actress Carrie Fisher dies at 60 years old in Los Angeles 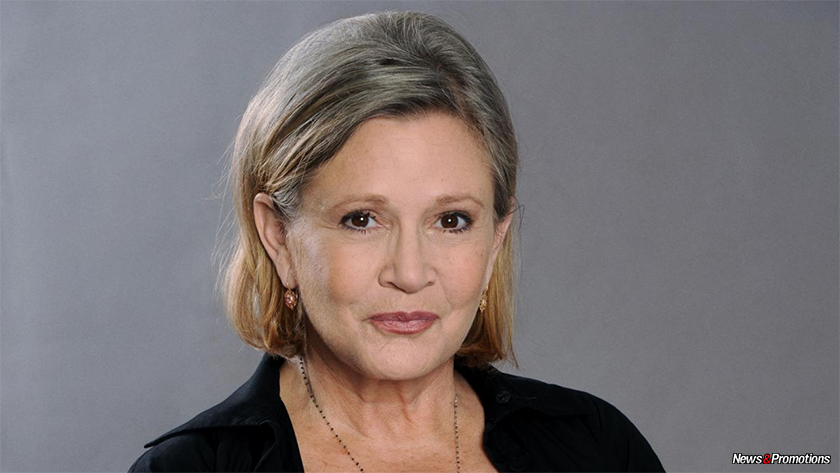 The actress Carrie Fisher, known for the role of the Princess Leia in the ‘Star Wars’ series, died on Tuesday in Los Angeles because of complications after a heart attack, at the age of 60 years, has made known to the People magazine, a spokesman of the family, according to the AFP. Fisher, which has been recently in England to film for the third season of the ‘Catastrophe’ sitcom, has suffered a severe heart attack on Friday during a flight over the ocean. The star was taken over by an intervention team immediately after the plane has landed in Los Angeles and was transported to the hospital.

The condition of the actress was bad and before landing, the passengers have administered the first aid because she stopped breathing. Fisher was ‘stable’ on Sunday, according to his mother, the actress Debbie Reynolds. The eighth film in the Star Wars series, in which the actress has the role of Leia Organa, completed the shooting in the month of July and is now in the post-production phase. The Variety quotes sources saying that the work of Fisher to this film had been completed. Carrie Fisher became a ‘sex symbol’ after ‘Return of the Jedi’, in 1983, when the Leia character appears in the bikini of a metallic gold color while she is the prisoner of the diabolical Jabba the Hutt.

Carrie is the daughter of Debbie Reynolds, known for her role in the ‘Singin’ in the rain’, and of the singer Eddie Fisher who died in 2010. She admitted that she was diagnosed with bipolar disorder and that she has suffered from the addiction of cocaine, alcohol and medicines a large part of her life. She has confessed that she has used them during the shootings of the ‘Star Wars: Episode V – The Empire Strikes Back’.

When it comes to ransomware, you don't always get … END_OF_DOCUMENT_TOKEN_TO_BE_REPLACED

Peyton Carr is a financial advisor to founders, … END_OF_DOCUMENT_TOKEN_TO_BE_REPLACED