You are here: Home / Business / Antarctica’s glacial shelf is more vulnerable that it was thought 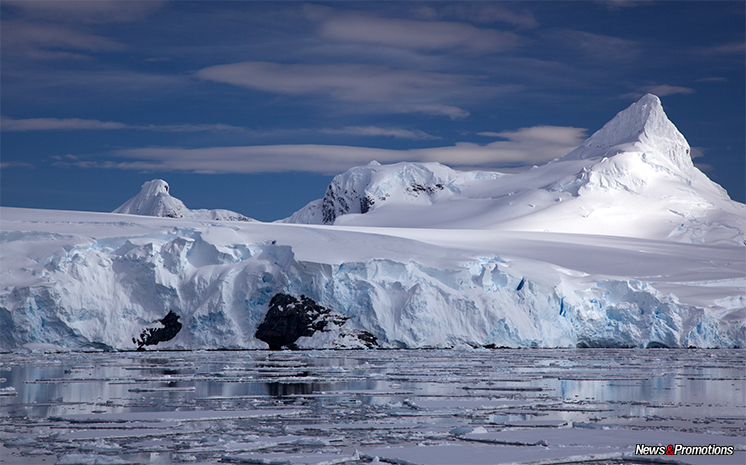 The glacial shelf in the Eastern part of the Antarctic could be more vulnerable than it was believed until now because of the hot wind, which affects the ice sheets surrounding it, informs the AFP. The ice platforms floating around the Antarctica plays an important role in the stability of the shelf, keeping this thick layer of ice that covers the ground. […]the study shows there is enough to melt the ice at the region between the grounded and floating ice. Previous studies have shown ice shelf break up from surface melting across the Antarctic Peninsula, but the new study reveals that it can happen in East Antarctica, which is much colder’, says Martin Siegert from the Grantham Institute of London in an interview for the Imperial Collage London. According to the researchers, the wind that brings a dry and warm air plays a role, because it cleans the snow on the surface of the sheets.

‘The Ice being darker in color than the snow, it absorbs the solar radiation instead of reflecting it, which amplifies the melting of the ice’, explains Frank Pattyn, one of the study’s authors. Some sudden breaking of the ice platforms can be caused by the water on the surface. The study shows that ‘the melting of the platforms is not only by oceanic origin, but the combined effect of the action of atmospheric and oceanic action put the platforms in danger’, said the researcher Sophie Berger, who participated in the study. ‘The reason we’re concerned about the integrity of floating ice shelves today is because they protect so much grounded ice from reaching the ocean.

Sea level could easily rise by a few meters if the ice shelves disintegrated, causing substantial issues for coastal defenses and cities across the world’, according to Martin Siegert.

When it comes to ransomware, you don't always get … END_OF_DOCUMENT_TOKEN_TO_BE_REPLACED

Peyton Carr is a financial advisor to founders, … END_OF_DOCUMENT_TOKEN_TO_BE_REPLACED