You are here: Home / Business / Barack Obama blocks the drilling in the Arctic Ocean 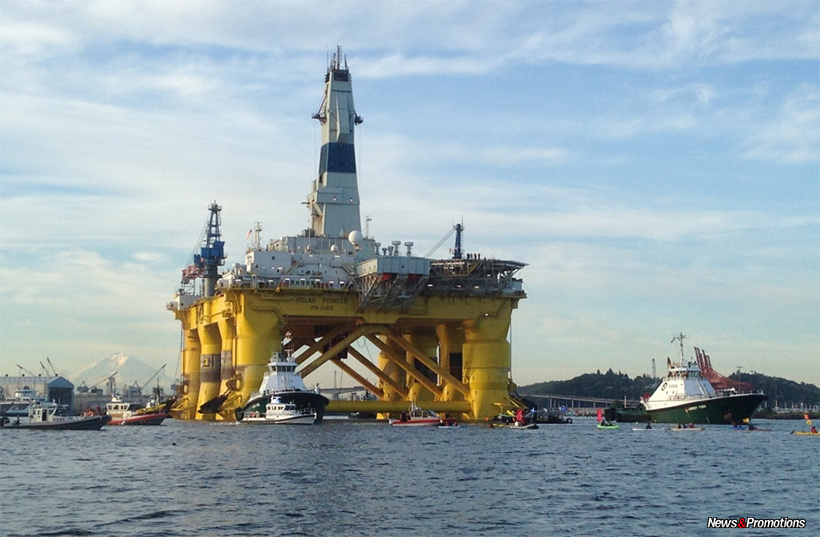 One month before the arrival at the White House of Donald Trump, who promised to eliminate the environmental regulations, Barack Obama, forbidden any new drilling for oil or gas in the vast areas of the Arctic Ocean. The decision of the Democratic president, supplemented by a similar procedure of Canada simultaneously announced, would cause protests of the Republicans and a potential judiciary war, according to the AFP. The decision taken by Obama relies on a ‘legal basis’ and cannot be contested by another president, assured a high official of the White House. Obama, who has made of the environment protection one of the top priorities of the two terms of his mandates, has based on a law from 1953, Outer Continental Shelf Lands Act, in order to take this decision with a few weeks before his departure.

This law gives the presidents the power to protect the federal waters of any exploitation of the hydrocarbons. The text has already been used by several of his predecessors, among which the Republican Dwight Eisenhower and the Democrat Bill Clinton. Barack Obama permanently prohibited any new drilling on over 50 million hectares in the Arctic Ocean, in Alaska, the area which includes a large part of the American waters in the Beaufort Sea and all the American waters of the Ciukotsk Sea. In its turn, Canada also announced a prohibition on a permanent manner of any new drilling for gas or oil in the Canadian waters of the Ocean Arctic, with a revision planned once in every five years.

Barack Obama also has appointed 31 submarine canyons in the Atlantic, where the drilling will be prohibited. Donald Trump, who questioned the reality of the climate change in repeated times, promised to end the ‘intrusion’ of the U.S. Environmental Protection Agency (EPA) in the ‘life of the Americans’.

When it comes to ransomware, you don't always get … END_OF_DOCUMENT_TOKEN_TO_BE_REPLACED

Peyton Carr is a financial advisor to founders, … END_OF_DOCUMENT_TOKEN_TO_BE_REPLACED