You are here: Home / Business / Debbie Reynolds, 84 years old, dies at one day after her daughter, Carrie Fisher 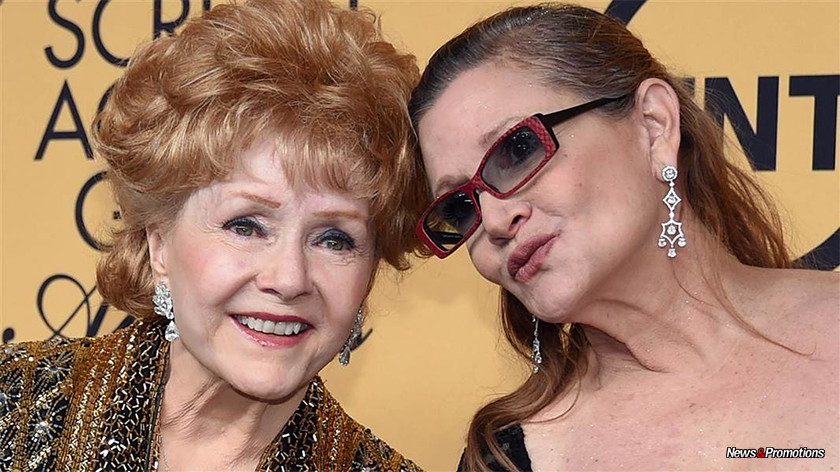 The great actress Debbie Reynolds, especially known for her role in the musical comedy ‘Singin’ in the rain’, died on Wednesday in Los Angeles at 84 years, just one day after the death of her daughter Carrie Fisher, announces the EFE, DPA and AFP. According to TMZ, Debbie Reynolds would have been urgently hospitalized on Wednesday, after having suffered a stroke. ‘She wanted to be with Carrie,’ said Todd Fisher, her son and Carrie’s brother, for Variety. At his residence in Beverly Hills, have been called the emergency services shortly after the local time 13.00, indicated for the AFP a spokesman for the Los Angeles firefighters, who said that an adult person was transported to the Cedars-Sinai Hospital.

Debbie Reynolds was at the residence of his son to discuss the funerals of Carrie when she collapsed, according to TMZ quoting anonymous sources. The actress was very devastated by the death of her daughter Carrie Fisher at only 60 years, on Tuesday in Los Angeles, after a heart attack complication. Debbie Reynolds has written on the same day a short message on Facebook, signed ‘Carrie’s mother’: ‘Thank you to everyone who has embraced the gifts and talents of my beloved and amazing daughter. I am grateful for your thoughts and prayers that are now guiding her to her next stop.

Love Carries Mother.’ Born on April 1, 1932, at El Paso, in Texas, Debbie Reynolds was married to Eddie Fisher, singer and television star. Carrie Fisher was the result of their marriage. But the marriage of the famous couple failed after four years, when Eddie Fisher left Debbie Reynolds for Elizabeth Taylor, according to the AFP. In 1964, Debbie Reynolds received an Oscar nomination as the protagonist of the film ‘The Unsinkable Molly Brown’. Her real name is Mary Frances Reynolds.

When it comes to ransomware, you don't always get … END_OF_DOCUMENT_TOKEN_TO_BE_REPLACED

Peyton Carr is a financial advisor to founders, … END_OF_DOCUMENT_TOKEN_TO_BE_REPLACED