You are here: Home / Business / The graphene from soybean oil, discovered by scientists to be viable soon 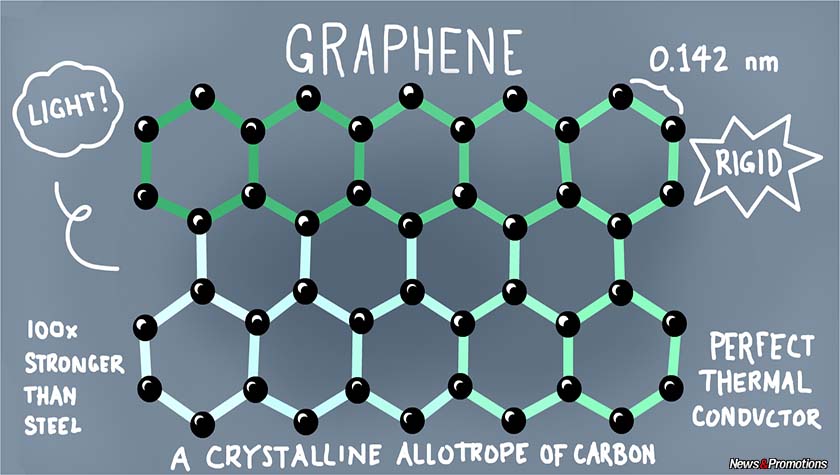 A discovery performed recently by a team of scientists from Australia through which the graphene (which is the most resistant material in the world) is obtained from the oil of soybeans will become ‘viable from a commercial point of view’, as announced the representatives of the Commonwealth Scientific and Industrial Research Organization (CSIRO). The CSIRO researchers saluted the innovation through which the oil from the soybeans is converted to a synthetic graphene through a new technology that will decrease the cost of production of the material and will increase at the same time its applicability, informs Xinhua. The graphene, discovered relatively recently, is the best conductor of heat and electricity and at the same time the most resistant material known, being also extremely flexible, thin and dense. Doctor Zhao Jun Han from CSIRO stated that the new technology called GraphAir, contradicts the need to obtain the graphene in a ‘strictly supervised’ medium, demonstrating that it can be achieved the same thing by using ‘the ambient air with a natural precursor’, the production of the material being, in this way, easier and faster.

‘This ambient-air process for graphene fabrication is fast, simple, safe, potentially scalable, and integration-friendly. Our unique technology is expected to reduce the cost of graphene production and improve the uptake in new applications’, explained the researcher doctor Dong Han Seo. According to the CSIRO, the oil obtained from the soybean decomposes in units of dioxide carbon essential for the production of the synthetic graphene when is not exposed to heat. The graphene can be used in a wide range of applications which include the purification and the filtering of the water, in the field of medicine and of the renewable energy, but also in the electronic, having excellent electronic, mechanical, thermal and optical properties, according to the CSIRO.

When it comes to ransomware, you don't always get … END_OF_DOCUMENT_TOKEN_TO_BE_REPLACED

Peyton Carr is a financial advisor to founders, … END_OF_DOCUMENT_TOKEN_TO_BE_REPLACED