You are here: Home / Business / The human hair could help the criminologists identify the authors of severe infractions easier 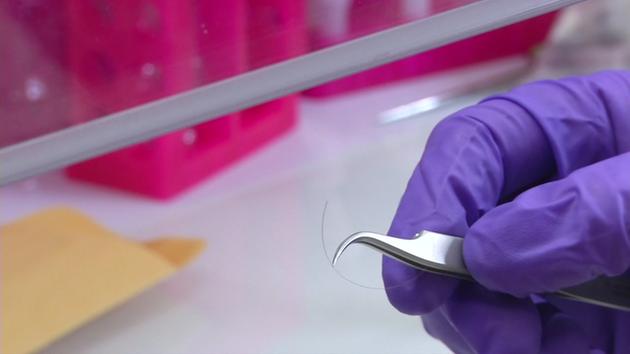 The researchers from the Lawrence Livermore National Laboratory, USA, states that the human hair could be as efficient as the genetic material samples in criminology, because it contains mutations of some proteins that keeps even 250 years. If the conventional techniques are not enough, the study of the DNA evidences remains the only method that can used by the criminologists to find the identity of a an author that committed a severe crime. Because the evidences of this type are not always very easy to identify, the scientists came up with the alternative of the hair founded at the crime place. The experts have been trying for years to find new methods of replacing the DNA evidences with other samples. The representatives of the Lawrence Livermore National Laboratory say that the researchers could examine hair samples taken from individuals that lived 250 years ago. They analysed these samples together with other hair samples taken from 76 persons that are still alive, who have European, African and American origins.

The specialists discovered a total of 185 markers, so far, enough to characterize an individual and to distinguish him in a population of one million individuals. The experts say that the results of the research will not automatically replace the usage of the DNA evidences in the criminal investigation area. The achievement of the American savants represents an important step in the direction of the new methods of crime authors’ identification development. Brad Hart, a chemist at the Lawrence Livermore National Laboratory says that, with the identification of the proteins, the scientists are in the same situation with the ones who identified the criminals with the help of the DNA, at the beginning of this technique development. He also added that this method will provide the criminologists new opportunities, but, even if the scientists tried to prove its efficiency, important steps to new its maximum potential have to be made.

When it comes to ransomware, you don't always get … END_OF_DOCUMENT_TOKEN_TO_BE_REPLACED

Peyton Carr is a financial advisor to founders, … END_OF_DOCUMENT_TOKEN_TO_BE_REPLACED