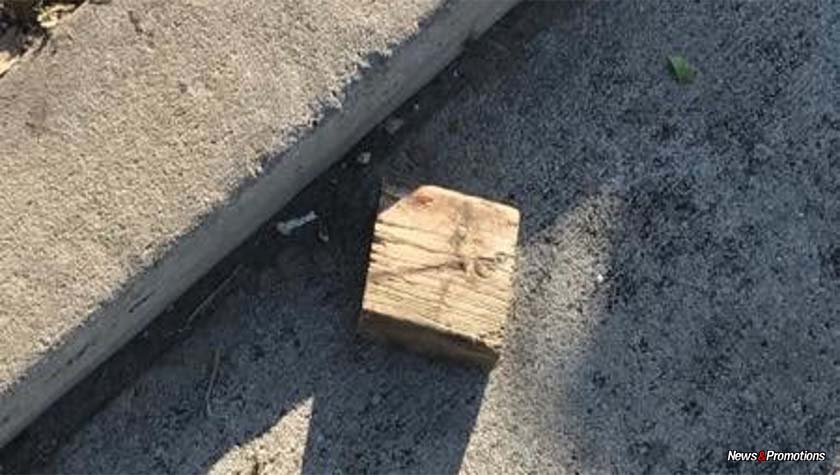 The Palm Beach County Sheriff’s Office on Saturday identified the person who threw the block of wood at President Donald Trump’s motorcade Friday afternoon as a middle-school student.

The State Attorney’s Office will decide whether any charges are filed in the case, according to the press release from the sheriff’s office.

On Friday as the president and his motorcade drove from Palm Beach International Airport to Mar-a-Lago, Trump’s part-time residence and Winter White House, someone threw a small hard object at one of the passing vehicles, the release said. The incident was reported to have taken place on Southern Boulevard between Parker Avenue and Lake Avenue.

Once the president had been safely escorted to his home, several members of the motorcade returned to the area look for the object and witnesses. They found a wood block measuring about 2 by 4 inches, according to the sheriff’s office.

A middle-school student confessed to throwing the block and implicated four other students, the sheriff’s office said.


The State Attorney’s Office will decide whether any charges are filed in the case.

The student implicated at least four other kids, PBSO said.

When it comes to ransomware, you don't always get … END_OF_DOCUMENT_TOKEN_TO_BE_REPLACED

Peyton Carr is a financial advisor to founders, … END_OF_DOCUMENT_TOKEN_TO_BE_REPLACED