You are here: Home / Business / Pokemon Go players move but not in a sustainable way 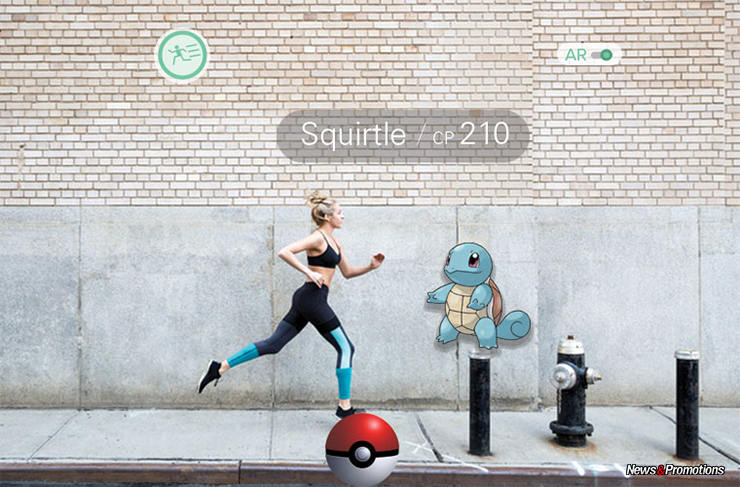 The famous Pokemon Go can be used to improve the physical activity of the adults who play it, but not in a sustainable manner, according to a study, reports the AFP. In its Christmas edition, which offers a lot of traditional satirical studies, the British Medical Journal concentrated on the subject of Pokemon Go, a very popular game that has over 20 million active users around the world. The principle of the game is to catch, with a smartphone, virtual creatures hidden in the real world that you see on the screen due to augmented reality. After having examined online 1.182 persons with ages between 18 and 35 years, of whom almost half were at an intermediate or superior level of the game, the researchers have shown that the practice of the Pokemon Go is conveyed through a significant increase in the physical activity.

In the course of the first week in which they played Pokemon Go, the participants were walking extra 11 minutes per day, which is almost half of the recommended time by the World Health Organization regarding the physical activity. The WHO recommends at least 150 minutes of moderate physical activity or 75 minutes of sustained activity per week to stay healthy. But in the case of the Pokemon Go players involved in this study, the additional physical activity started to diminish from the second week, to completely disappear in the sixth. The result of the study is identical for all categories, regardless of sex, weight, age and ethnicity.

The authors of the study do not exclude that the impact could be different in the case of the children, who did not participate in the study. The conclusions of the researchers are optimistic, showing that beyond the physical activity, the game may have a beneficial effect on the social connections.

When it comes to ransomware, you don't always get … END_OF_DOCUMENT_TOKEN_TO_BE_REPLACED

Peyton Carr is a financial advisor to founders, … END_OF_DOCUMENT_TOKEN_TO_BE_REPLACED