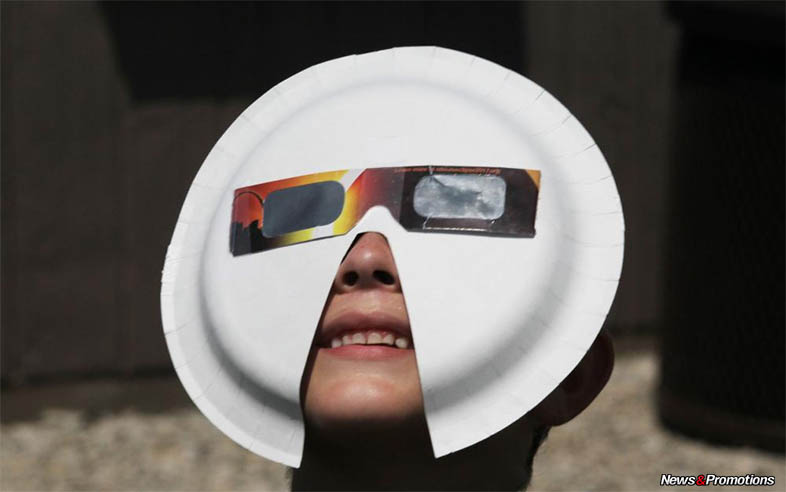 The United States saw its first total solar eclipse since 1979 on August 21, 2017, as the lunar event crossed the country with a wide path of totality from Oregon to South Carolina.
People across the country went outside to view the historic event with special glasses. NASA and scientists around the world used the occasion to collect data. 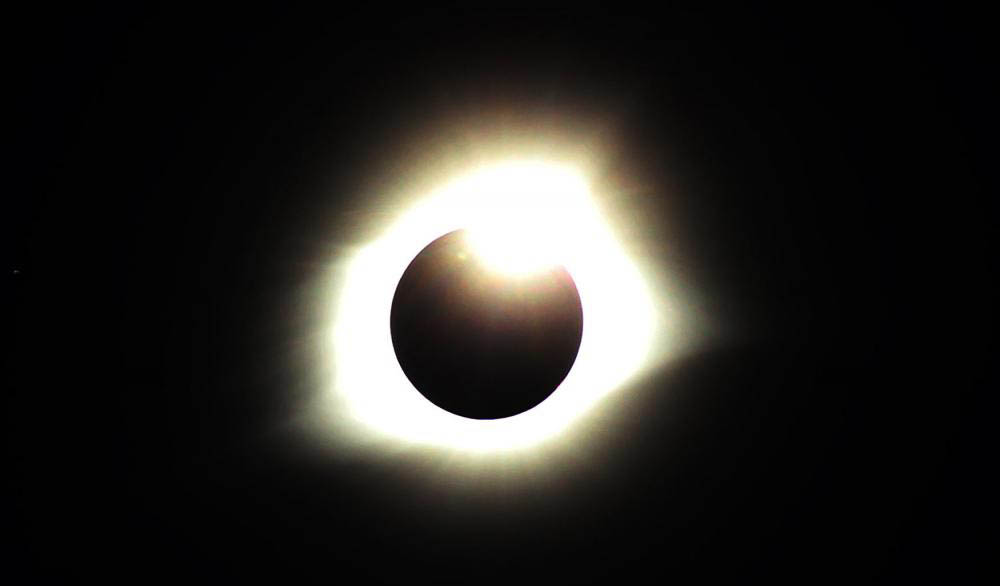 The sun shines behind the moon during the total solar eclipse viewed from Prineville, Ore. Photo by Pat Benic 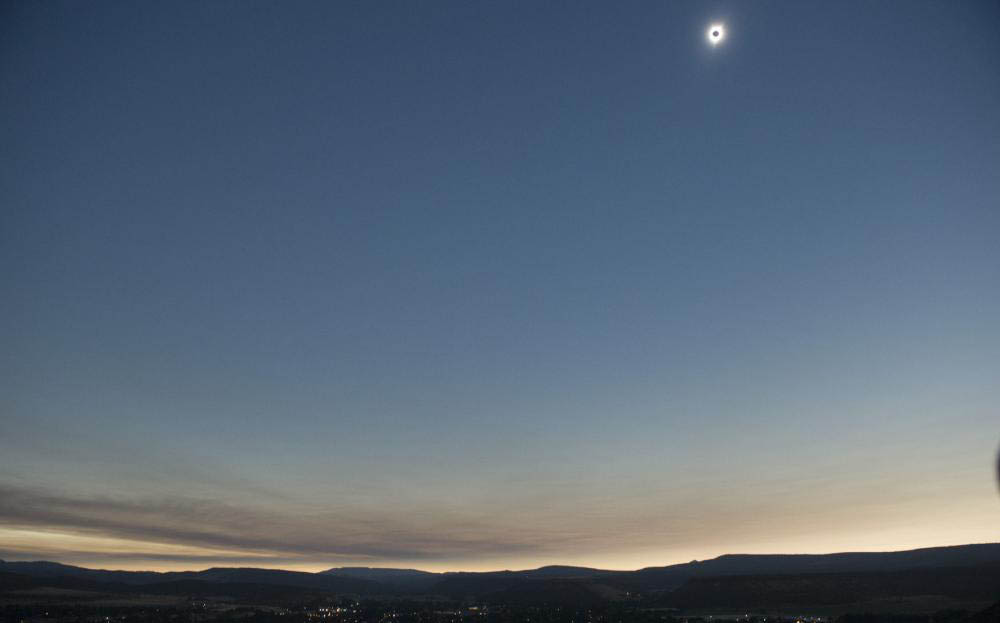 The long view from Prineville, Ore. Photo by Pat Benic 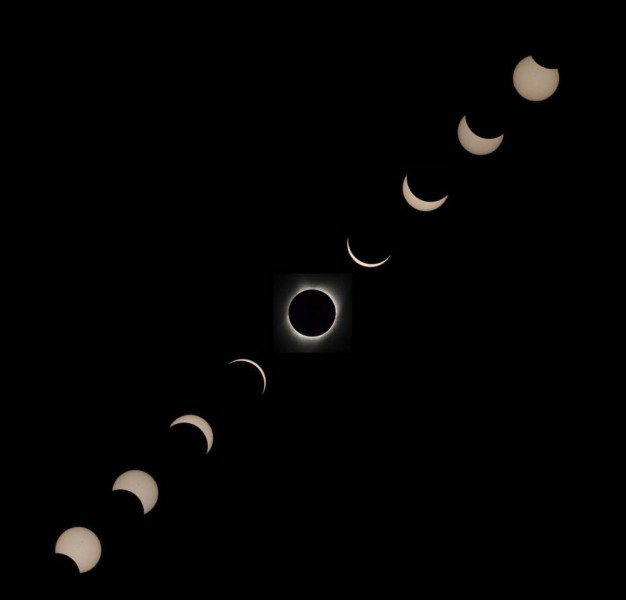 In this composite image from top right to bottom left, the stages of the moon crossing in front of the sun are shown for the total solar eclipse in Prineville. Photo by Pat Benic 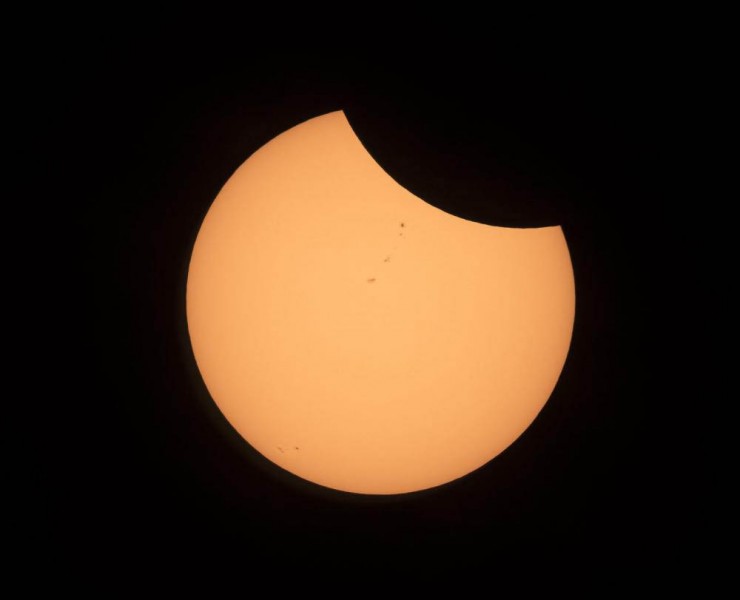 The moon moves into position and cuts off part of the sun prior to the total solar eclipse in Casper, Wyo. Photo by Mark Abraham 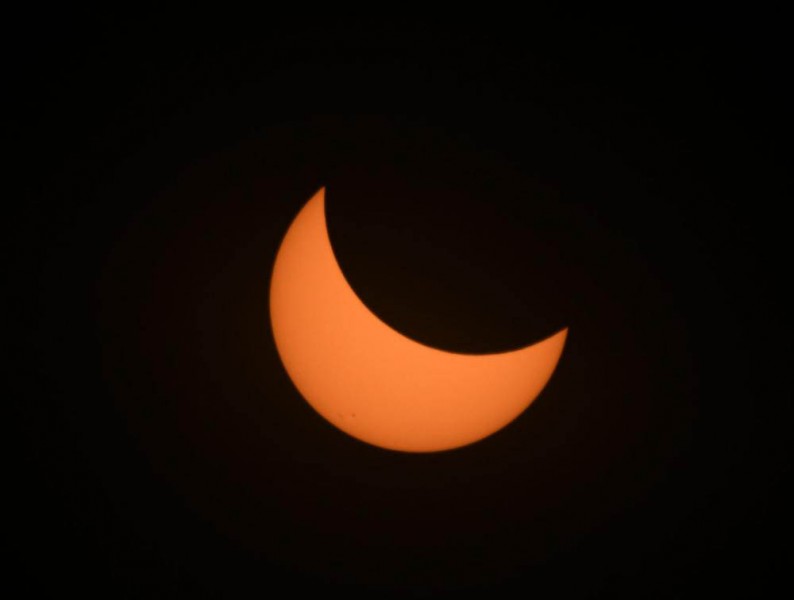 The moon blocks part of the sun as it orbits the earth creating a total solar eclipse over Smith Rock State Park in Terrebonne, Ore. Photo by Joe Marino 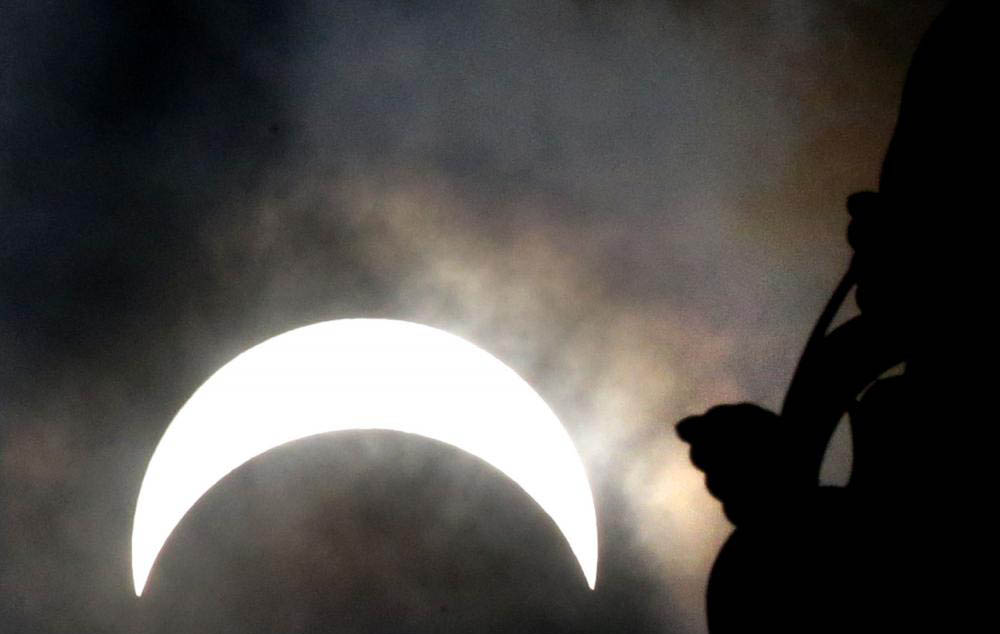 A partial solar eclipse moves across the sky near the torch of the Statue of Liberty on Liberty Island in New York City. Photo by John Angelillo

This composite image of 11 photos shows the progression of the total solar eclipse at Madras High School in Madras, Ore. Photo by Aubrey Gemignani/NASA

The total solar eclipse as seen in Sunset Hills, Mo., at 1:17 CST. Photo by Bill Greenblatt 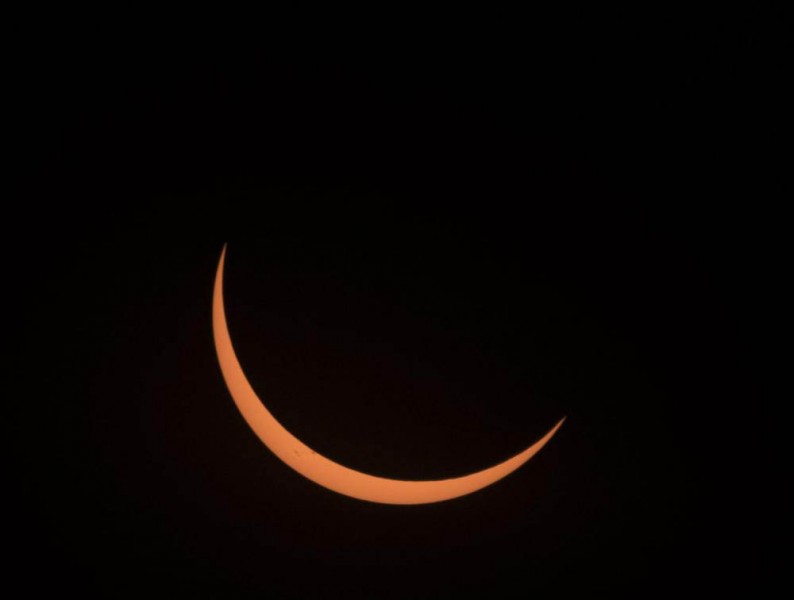 The moon blocks most of the sun over Smith Rock State Park in Terrebonne, Ore. Thousands watched the eclipse at the park, where the moon’s shadow darkened the sky for nearly 2 minutes. Photo by Joe Marino 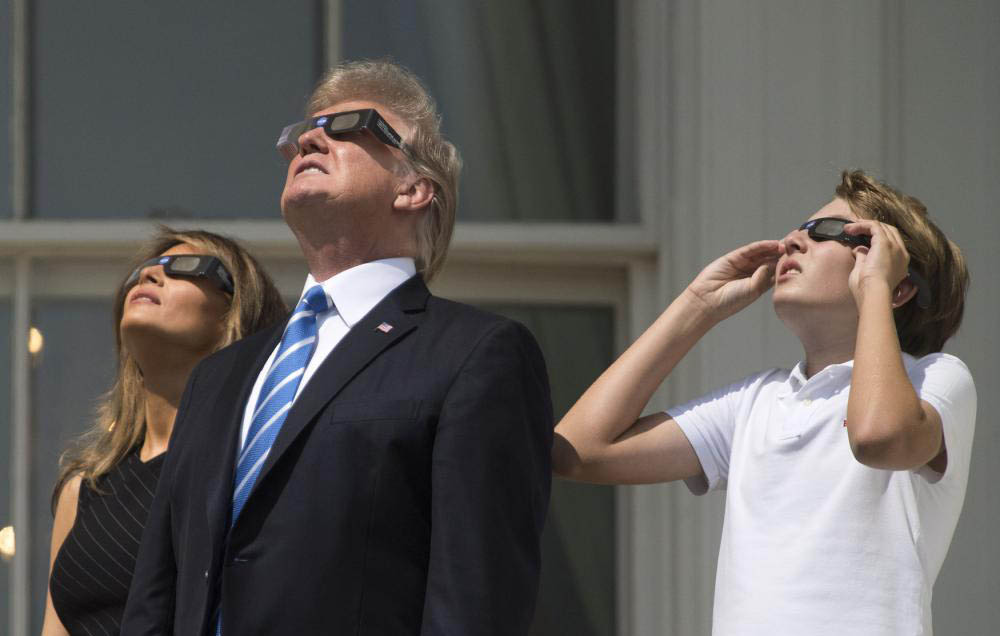 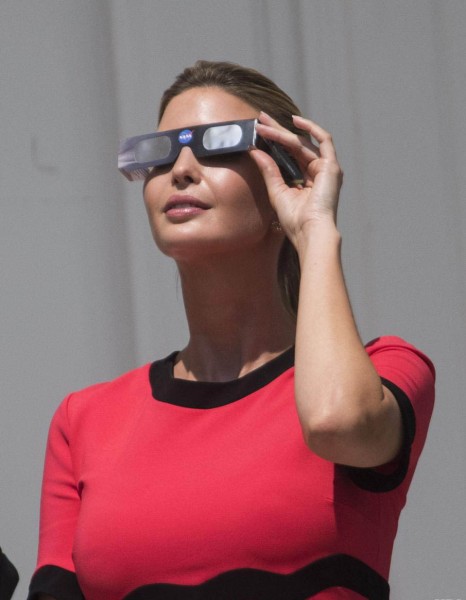 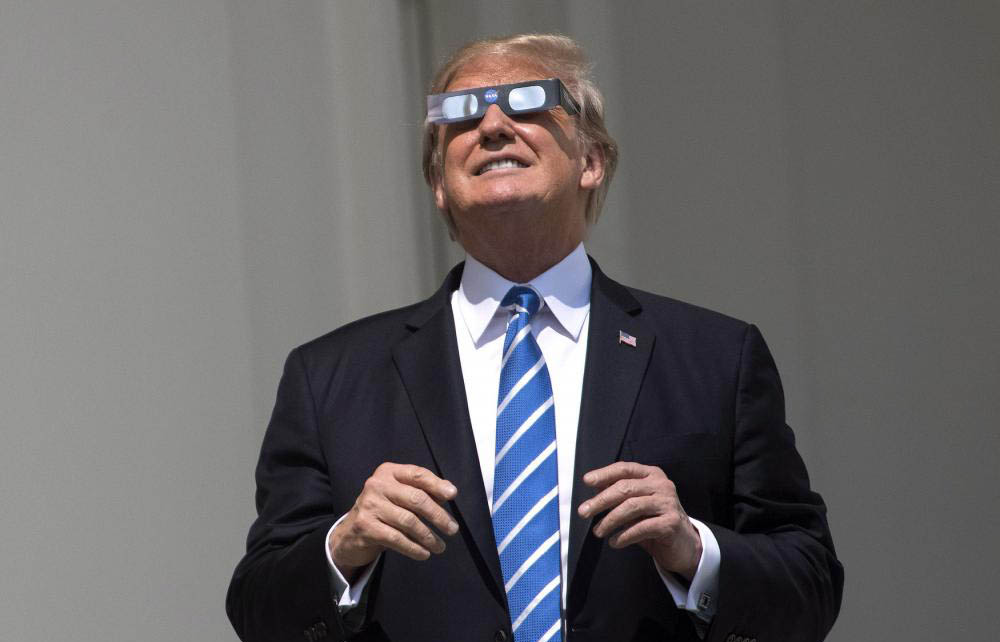 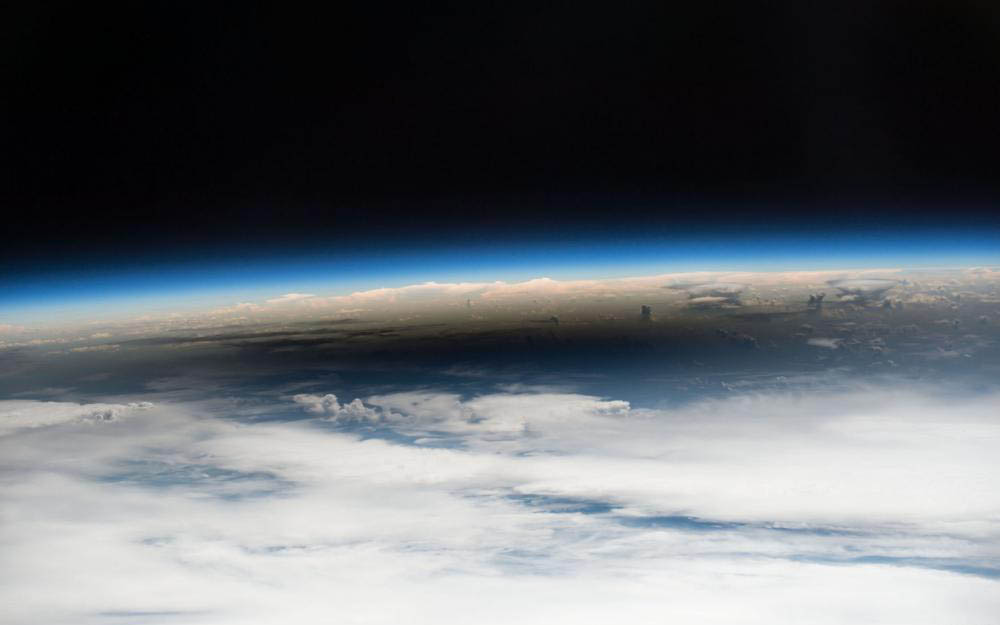 Only six people witnessed the umbra from space. Viewing the eclipse from orbit were NASA’s Randy Bresnik, Jack Fischer and Peggy Whitson, ESA’s Paolo Nespoli, and Roscosmos’ Commander Fyodor Yurchikhin and Sergey Ryazanskiy aboard the International Space Station. The station crossed the path of the eclipse three times as it orbited above the continental United States at an altitude of 250 miles. Image courtesy of NASA

When it comes to ransomware, you don't always get … END_OF_DOCUMENT_TOKEN_TO_BE_REPLACED

Peyton Carr is a financial advisor to founders, … END_OF_DOCUMENT_TOKEN_TO_BE_REPLACED