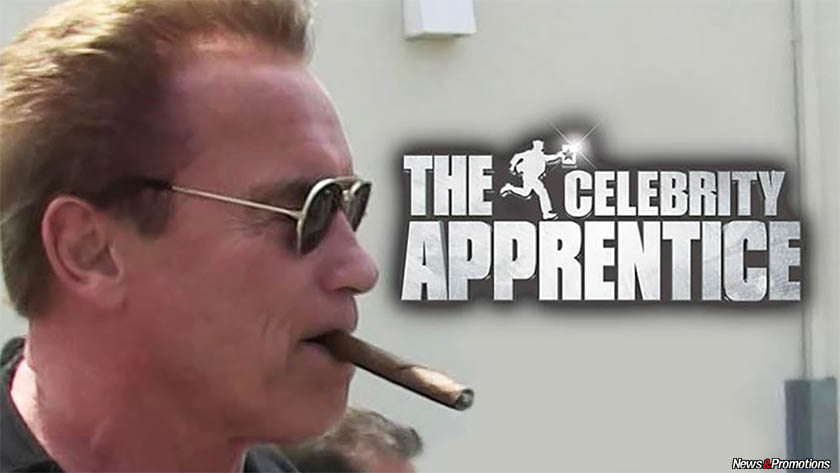 The actor and former governor of California, Arnold Schwarzenegger has succeeded Donald Trump in the reality show ‘The Celebrity Apprentice’, using even from the first show several formulas taken from his box-office successes, reports the AFP. The 69 years old actor with Austrian origins became famous in the eighties with action movies like ‘Conan the Barbarian’ (1980) and ‘Terminator’ (1984) and who has been the governor of California between 2003 and 2010, is now ‘the boss’ on a TV show that has made Donald Trump a national celebrity in the USA, long before his candidacy for the presidential elections. Taking into account the reactions of the commentators on the social networking, Schwarzenegger has managed well on the first edition of the 8th season recorded in Los Angeles and broadcast on Monday evening.

In the TV show appear, in this season, stars like boy George and councillor like the famous investor Warren Buffett. ‘The first mission has not been easy. But the celebrities know my expectations now. Assume risks, totally dedicate’, wrote him after the show. The actor has replaced the famous formula of Donald Trump ‘You’re fired’, used in the case of the eliminated participants, with ‘You’re terminated’, which reminds of the role which made him famous in ‘Terminator’. In a controversial arrangement, the studio that produces the show, MGM Television, announced in December that the real estate magnate, which will start his mandate at the White House on January 20, will remain the executive co-producer of the show and his name will appear in the generic.

The studio has refused to provide details about the salary, which Donald Trump will receive, while his adviser, Kellyanne Conway opined that it is ‘improbable’ for him to accept a remuneration in the conditions in which he refused to receive the salary as the president of the USA.

When it comes to ransomware, you don't always get … END_OF_DOCUMENT_TOKEN_TO_BE_REPLACED

Peyton Carr is a financial advisor to founders, … END_OF_DOCUMENT_TOKEN_TO_BE_REPLACED