You are here: Home / Business / Celebrities threatening to move from the USA if Trump is elected as president 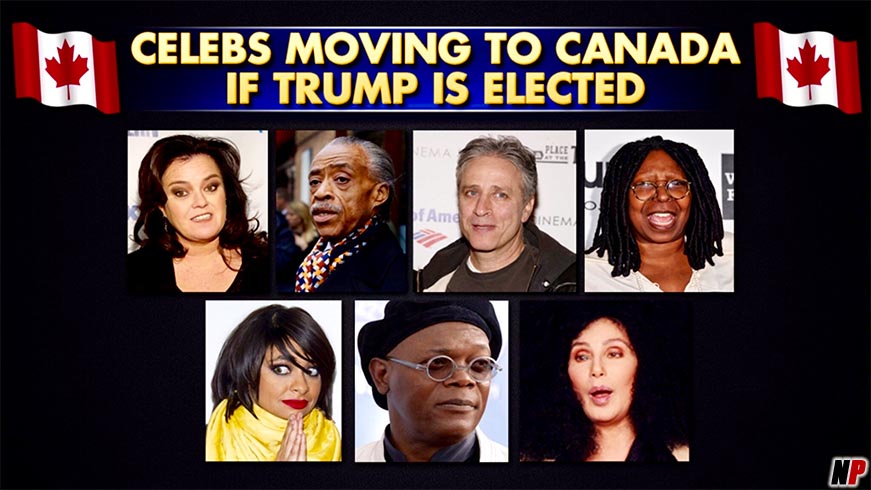 Donald Trump as the president of the United States of America is not an accepted version by some of the American stars. Several American celebrities threatened that they would leave the country, writes madame lefigaro fr. Among these stars is the well-known actress Whoopi Goldberg, the singers Cher and Barbra Streisand. The actress Whoopi Goldberg stated in January that ‘could be the time to move’.

‘I can afford it’, she added, at ‘The View’ show, quoted by the Washington Times. The singer Cher said she is ready to migrate on Jupiter, in a message posted on her Twitter account. A journey which she will be able to do in the company of Jon Stewart, who wants to get in the possession of a space rocket and to go to another planet, if Donald Trump is elected president. Barbra Streisand will search for a refuge in the kangaroos’ country. ‘He has no arguments.

I do not know, I can’t believe it. So I’ll come to your country (Australia), if we accept me, or in Canada’, confessed without any shame the 74-year-old actress, in an interview given in August, at New York, to the Australian channel ’60 minutes’. Samuel L. Jackson, the actor who starred in ‘Django Unchained’, said that he moves in South Africa. The statement was made in December 2015, during the ‘Jimmy Kimmel Live!’ show. When it comes to Trump, Miley Cyrus overflows the deluge of hatred on the social networks, writes madame lefigaro fr. ‘I am moving if this is my president! I don’t say things I don’t mean!’, say the young singer on her Instagram page. And, the list of the stars ready to leave the USA continues with other notorious names: the actors Lena Dunham, Bryan Cranston, Amy Schumer, Neve Campbell, the model Amber Rose or the writer Stephen King.

When it comes to ransomware, you don't always get … END_OF_DOCUMENT_TOKEN_TO_BE_REPLACED

Peyton Carr is a financial advisor to founders, … END_OF_DOCUMENT_TOKEN_TO_BE_REPLACED