You are here: Home / Business / A new theory about the Titanic’s sinking revealed in a documentary 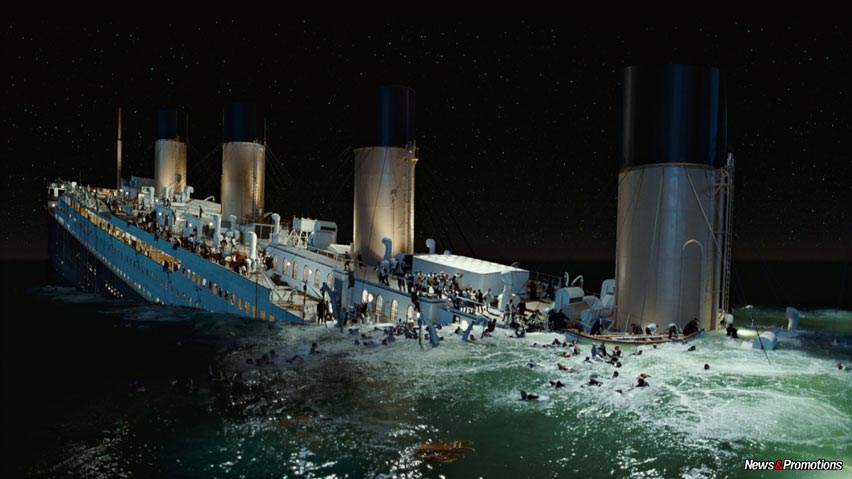 A documentary film brings into discussion the new arguments which could overturn the theory according to which the impact of an iceberg would not have been enough to decide the fate of the famous transatlantic Titanic, writes huffingtonpost.com. ‘Titanic: The New Evidence’ was broadcast in the United Kingdom at Channel 4 and the author of the material, Senan Molony, expert in the subject related to the sinking of the Titanic, claims that a series of new pictures indicates that in the hull of the ship took place a fire which would have played a much more important role in the sinking of the ship than it was previously thought.

According to Molony, certain black spots on one of the parts of the ship which can be seen in the photos in question, taken prior to the tragedy, would support this theory that the resistance structure of the ship would have been affected by a few weeks before the collision with the iceberg. The hypothesis of Senan Molony comes to strengthen a theory previously expressed by the engineering professor Robert Essenhigh from Ohio State University, which declared in 2004 that a fire which could no longer be managed at the board of the ship would have determined the members of the crew to increase the ship’s travel speed even if they were in an area with floes.

If there was a certain motivation to increase the speed, it means that it was something very important, like a fire in the coal storage of the ship which had to be kept under control and off as soon as the ship came in harbour, according to Science Daily. Senan Molony entered into the possession of these photos used in this new theory at an auction, which have taken place in 2012 in England, according to the CNN.

When it comes to ransomware, you don't always get … END_OF_DOCUMENT_TOKEN_TO_BE_REPLACED

Peyton Carr is a financial advisor to founders, … END_OF_DOCUMENT_TOKEN_TO_BE_REPLACED